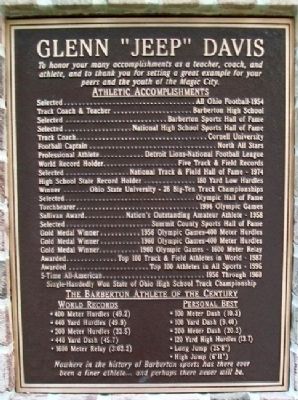 To honor your many accomplishments as a teacher, coach, and athlete, and to thank you for setting a great example for your peers and the youth of the Magic City. 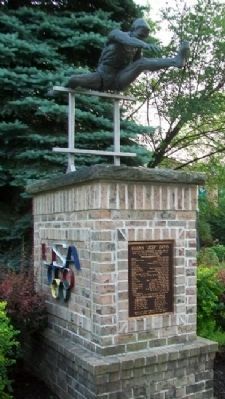 The Barberton Athlete of the Century

Nowhere in the history of Barberton sports has there ever been a finer athlete...and perhaps there never will be.

Erected by Concerned Citizens of Barberton.

Topics. This historical marker is listed in this topic list: Sports. A significant historical year for this entry is 1974.

Location. 41° 0.82′ N, 81° 36.701′ W. Marker is in Barberton, Ohio, in Summit County. Marker is at the intersection of Park Avenue and 5th Street NW, on the left when traveling west on Park Avenue. Monument is on the grounds of the Barberton Public Library. Touch for map. Marker is at or near this postal address: 602 West Park Avenue, Barberton OH 44203, United States of America. Touch for directions. 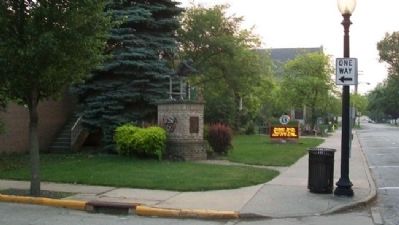 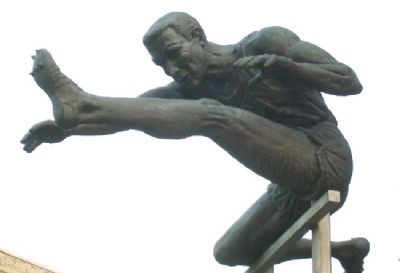