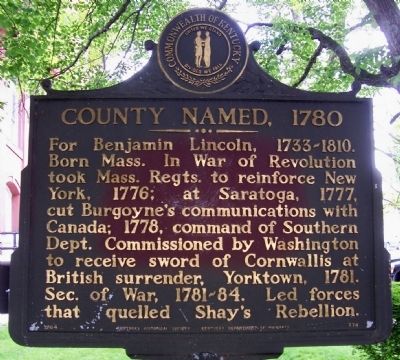 By Forest McDermott, May 6, 2011
1. County Named, 1780 Marker
Inscription.
County Named, 1780. . For Benjamin Lincoln, 1733-1810. Born Mass. In War of Revolution took Mass. Regts. to reinforce New York, 1776; at Saratoga, 1777, cut Burgoyne's communications with Canada; 1778, command of Southern Department. Commissioned by Washington to receive the sword of Cornwallis at British surrender, Yorktown, 1781. Secretary of War, 1781-84. Led forces that quelled Shays' Rebellion. . This historical marker was erected in 1964 by Kentucky Historical Society, Kentucky Department of Highways. It is in Stanford in Lincoln County Kentucky

Topics and series. This historical marker is listed in these topic lists: Political Subdivisions • War, US Revolutionary. In addition, it is included in the Kentucky Historical Society series list. A significant historical year for this entry is 1776.

Location. 37° 31.774′ N, 84° 39.669′ W. Marker is in Stanford, Kentucky, in Lincoln County. Marker is at the intersection of Main Street (Business U.S. 150) and 3rd Street, on the right when traveling west on Main Street. Marker is on the southeast corner of the Courthouse lawn. Touch for map. Marker is in this post office area: Stanford KY 40484, United States of America. Touch for directions. 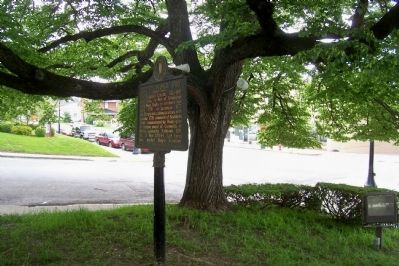 By Forest McDermott, May 6, 2011
2. County Named, 1780 Marker
Marker sets under a tree on the courthouse lawn and makes it difficult to see from the street. 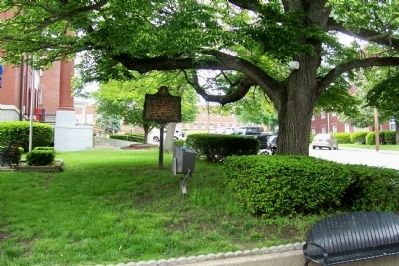 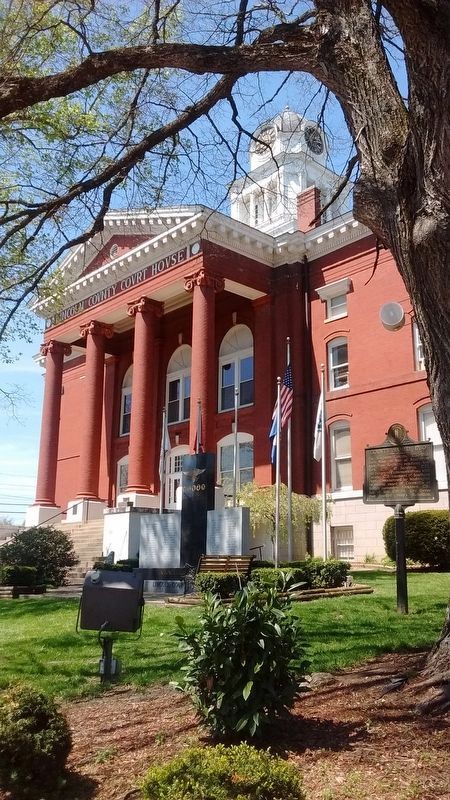 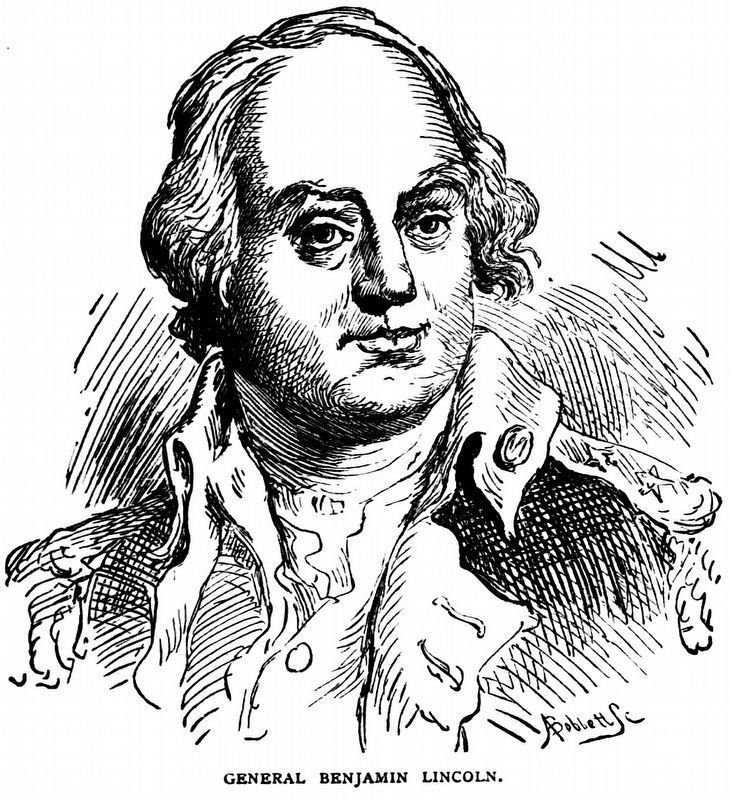