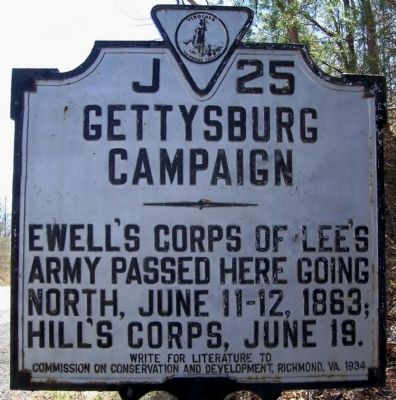 Erected 1934 by Commission on Conservation and Development. (Marker Number J-25.)

Topics and series. This historical marker is listed in this topic list: War, US Civil. In addition, it is included in the Virginia Department of Historic Resources series list. A significant historical month for this entry is June 1929.

Location. 38° 51.697′ N, 78° 7.88′ W. Marker is near Chester Gap, Virginia, in Rappahannock County. Marker is on Remount Road (U.S. 522), on the right when traveling south. At the county line between Rappahannock and Warren Counties. Touch for map. Marker is in this post office area: Chester Gap VA 22623, United States of America. Touch for directions. 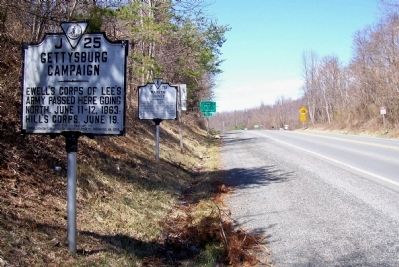 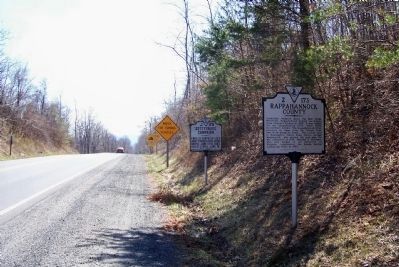