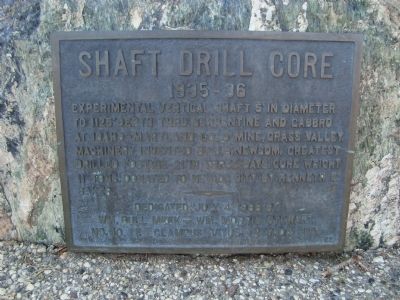 Location. 39° 15.754′ N, 121° 1.037′ W. Marker is in Nevada City, California, in Nevada County. Marker is at the intersection of Union Alley and Broad Street, on the right when traveling east on Union Alley. This marker is located in Calanan Park along with additional markers and mining displays. Touch for map. Marker is at or near this postal address: 101 Union Alley, Nevada City CA 95959, United States of America. Touch for directions.

Other nearby markers. At least 8 other markers are within walking distance of this marker. Nevada City, The “Queen City of the Northern Mines” (a few steps from this marker); The Monitor 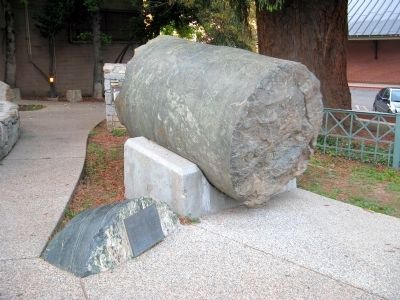 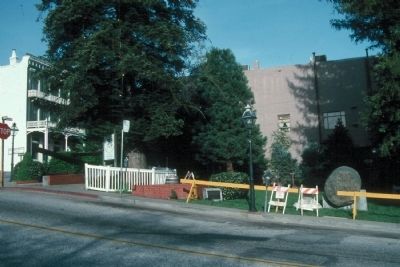 By Barry Swackhamer
3. Pioneer Park
The Shaft Core is visible, but the marker hidden by the stand. 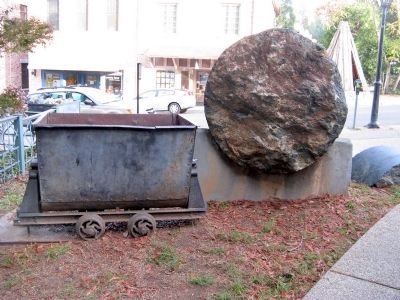