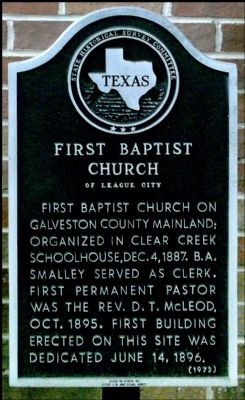 Topics. This historical marker is listed in this topic list: Churches & Religion. A significant historical date for this entry is June 14, 1904.

Location. 29° 30.75′ N, 95° 5.42′ W. Marker is in League City, Texas, in Galveston County. Marker is at the intersection of 2nd Street and Colorado Avenue, on the right when traveling west on 2nd Street. Touch for map. Marker is in this post office area: League City TX 77573, United States of America. Touch for directions. 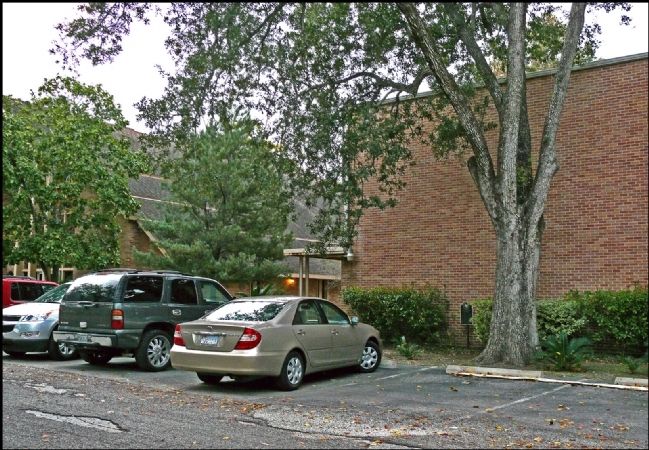 Click or scan to see
this page online
miles away); a different marker also named League Park (approx. 0.2 miles away); Fairview Cemetery (approx. half a mile away); Site of Galveston County Poor Farm (approx. 0.7 miles away). Touch for a list and map of all markers in League City.