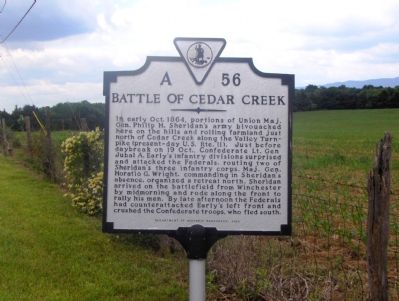 By Roger Dean Meyer, June 3, 2006
1. Battle of Cedar Creek Marker
Inscription.
Battle of Cedar Creek. . In early Oct. 1864, portions of Union Maj. Gen. Philip H. Sheridan’s army bivouacked here on the hills and rolling farmland just north of Cedar Creek along the Valley Turnpike (present-day U.S. Rte. 11). Just before daybreak on 19 Oct., Confederate Lt. Gen Jubal A. Early’s infantry divisions surprised and attacked the Federals, routing two of Sheridan’s three infantry corps. Maj. Gen. Horatio G. Wright, commanding in Sheridan’s absence, organized a retreat north. Sheridan arrived on the battlefield from Winchester by midmorning and rode along the front to rally his men. By late afternoon the Federals had counterattacked Early’s left front and crushed the Confederate troops, who fled south. . This historical marker was erected in 2000 by Department of Historic Resources. It is Near Middletown in Frederick County Virginia

Erected 2000 by Department of Historic Resources. (Marker Number A-56.) 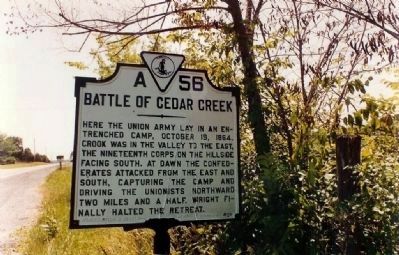 Click or scan to see
this page online
right when traveling south. Touch for map. Marker is in this post office area: Middletown VA 22645, United States of America. Touch for directions.

More about this marker. This marker replaced the original A-56 marker originally erected in the 1940s with the same title. That marker read “Here the Union army lay in an entrenched camp, October 19, 1864. Crook was in the valley to the east; the Nineteenth Corps on the hillside facing south. At dawn the Confederates attacked from the east and south, capturing the camp and driving the Unionists northward two miles and a half. Wright finally halted the retreat.”

Also see . . .
1. Battle of Cedar Creek. National Parks Service summary of the battle. The action mentioned on the marker is discussed as phase 4 of the battle. (Submitted on September 30, 2007, by Craig Swain of Leesburg, Virginia.)

2. Battle of Cedar Creek Virtual Tour by Markers. The related markers here follow a tour of the Cedar Creek Battlefield, October 19, 1864. (Submitted on December 8, 2007, by Craig Swain of Leesburg, Virginia.) 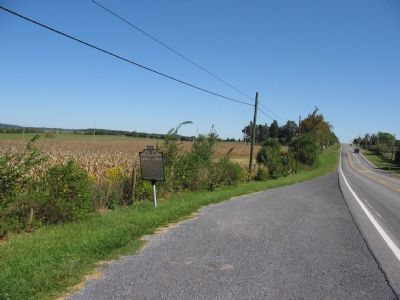 By Craig Swain, September 29, 2007
3. Marker along the Valley Pike
. Civil War Preservation Trust site detailing preservation efforts at the battlefield. The site includes a wealth of background information on the battle and an animated map. (Submitted on October 18, 2008, by Craig Swain of Leesburg, Virginia.)

4. The Battle of Cedar Creek during the Civil War in the Shenandoah Valley. Some battle details, maps and a number of photos of the area, good for a driving tour (Submitted on March 24, 2010, by Hal F. Sharpe of Edinburg, Virginia.) 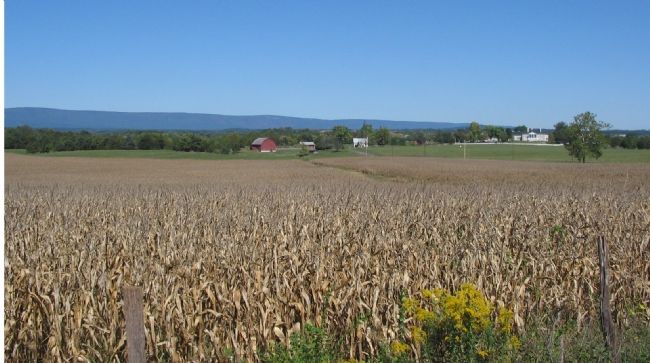 By Craig Swain, September 29, 2007
4. Belle Grove and Grounds
In the distance is Belle Grove, a landmark of the battlefield. In the morning phase of the battle, elements of Crook's and Emory's Federal Corps fell back from their camps through the fields in the foreground. The retreat quickly became a route, followed up by Gordon's Confederate Division. Gordon's troops would press the Federals past Meadow Creek, flowing behind Belle Grove to the northwest.
Credits. This page was last revised on June 16, 2016. It was originally submitted on October 5, 2006, by Roger Dean Meyer of Yankton, South Dakota. This page has been viewed 2,629 times since then and 7 times this year. Last updated on December 9, 2011, by Don Hogan of Milton, Georgia. Photos:   1. submitted on October 5, 2006, by Roger Dean Meyer of Yankton, South Dakota.   2. submitted on November 20, 2008, by Mike Stroud of Bluffton, South Carolina.   3, 4. submitted on September 30, 2007, by Craig Swain of Leesburg, Virginia. • Craig Swain was the editor who published this page.
Share This Page.