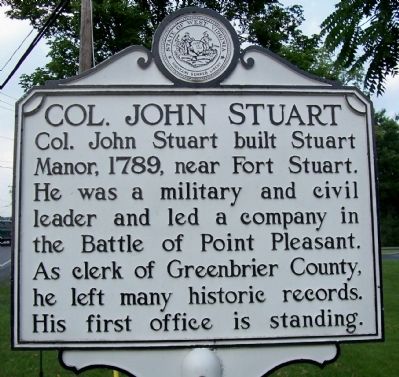 Col. John Stuart
Col. John Stuart built Stuart Manor, 1789, near Fort Stuart. He was a military and civil leader and led a company in the Battle of Point Pleasant. As clerk of Greenbrier County, he left many historic records. His first office is standing.
Mathew Arbuckle
Here lived Captain Mathew Arbuckle, who guided General Andrew Lewis and army from Lewisburg to Point Pleasant and took part in the battle which followed, 1774. For a time he was in command of Fort Randolph, later built there.

Topics and series. This historical marker is listed in this topic list: War, French and Indian. In addition, it is included in the West Virginia Archives and History series list. A significant historical year for this entry is 1789.

Other nearby markers. At least 8 other markers are within walking distance of this marker. Greenbrier Military School (approx. 0.2 miles away); Samuel Price (approx. 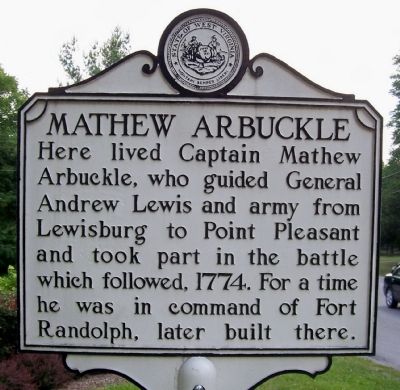 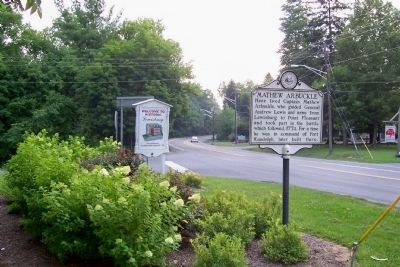