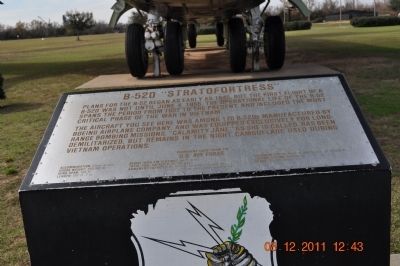 The Aircraft you see here was among 170 B52Ds manufactured by Boeing Airplane Company, and was equipped exclusively for long-range bombing missions. "Calamity Jane," as she is called, has been demilitarized, but remains in the night camouflage used during Vietnam Operations.

Topics. This historical marker is listed in these topic lists: Air & Space • War, Vietnam. A significant historical date for this entry is June 4, 1956. 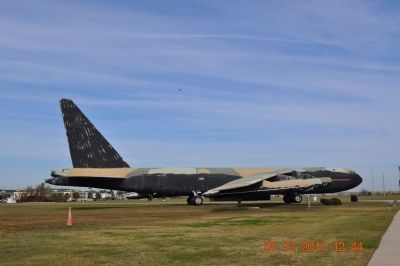 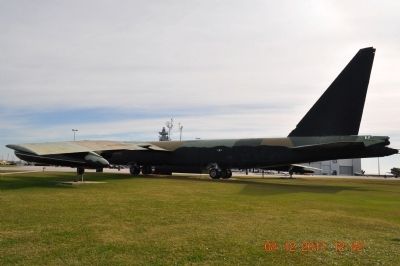 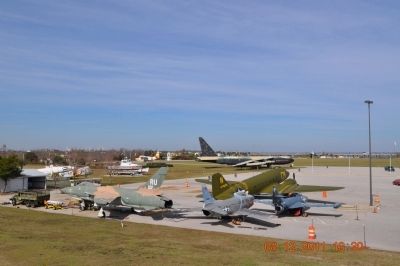 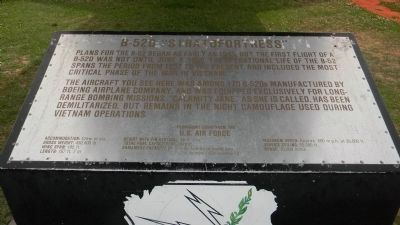 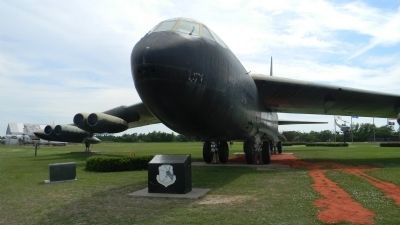 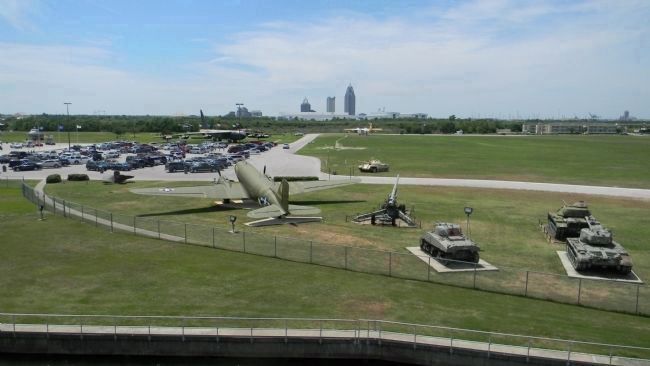