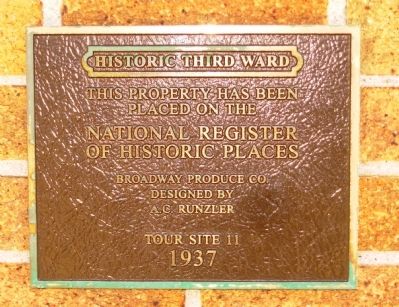 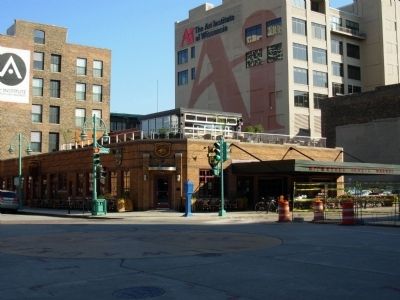 Regarding Broadway Produce Co.. The first occupant of this building was the Broadway Produce Company. A.C. Runzler built this structure in 1937 to complement the earlier commission houses on Broadway Street. After serving as a tavern in the late 20th Century, it was more recently and affectionately known as "The Rust Spot." The building housed Good Harvest Market, an organic grocery store. The current tenant is the BeNeLux Cafe. -Historic Third Ward Walking Tour brochure