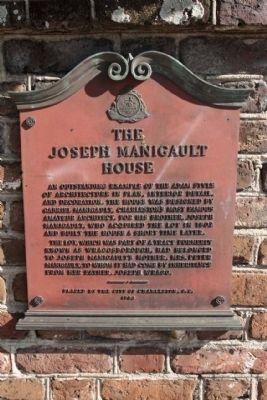 An outstanding example of the Adam Style of architecture in plan, interior detail, and decoration. The house was designed by Gabriel Manigault, Charleston's most famous amateur architect, for his brother Joseph Manigault, who acquired the lot in 1802 and built the house a short time later.
The lot, which was part of a tract formerly known as Wraggsborough, had belonged to Joseph Manigault's mother, Mrs. Peter Manigault, to whom it had come by inheritance from her father Joseph Wragg.

Topics and series. This historical marker is listed in this topic list: Notable Buildings. In addition, it is included in the National Historic Landmarks series list. A significant historical year for this entry is 1802. 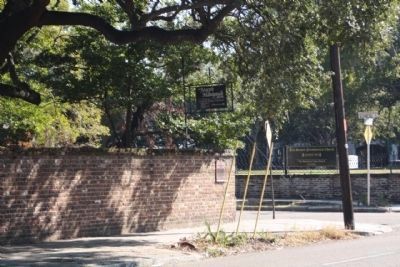 One of the finest examples of the Adam style in America, the Joseph Manigault house reflects the architect’s taste for the classic style. Particularly of note is the small and refined scale of the detail in mantels, door and window mouldings, and cornices at wall and 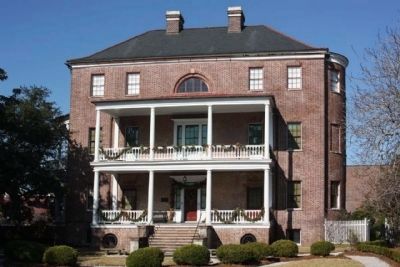 Photographed By Mike Stroud, December 18, 2011
3. The Joseph Manigault House
ceiling angles. Robert Adam was the first architect using this classic vocabulary to make a distinction between the scale of temples and the smaller scale appropriate to domestic architecture. The house was designed by Gabriel Manigault for his brother Joseph, and built in 1790. The designer Manigault had studied in Geneva and London before the Revolution. He came back to Charleston before the war
and designed several buildings in the city after the war. The house is patterned as a parallelogram, its right angled severity broken effectively by a stairwell bow on the north wall, a bowed piazza to the west, and offset wide porches on the south where the formal garden affords a pleasant view toward the domed gate house. The wooden columns of the portico are mounted on stone plinths to prevent rot and between the subflooring and the heart-pine flooring is a layer of lime to discourage insects. Heavy pine rafters support the slate roof. Listed in the National Register November 7, 1973; Designated a National Historic Landmark November 7, 1973. (South Carolina Department of Archives and History)

Also see . . .  Joseph Manigault House, The Charleston Museum entry. ..reflects the lifestyle of both a wealthy, rice-planting family and the slaves who also lived there. ... (Submitted on December 22, 2011, by Mike Stroud of Bluffton, South Carolina.) 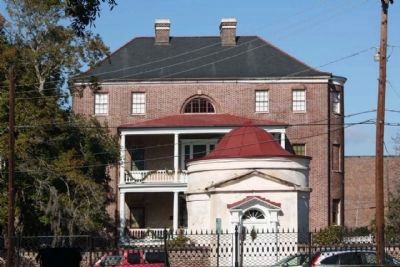 Additional commentary.
1. The Joseph Manigault House,
built in 1803, is a premier example of Adam-style or Federal architecture. Designed by gentleman architect Gabriel Manigault for his brother Joseph, the house is one of the most distinguished in the city, capturing the lifestyle of a wealthy, rice-planting family. The interior reflects an outstanding collection of American, English and French furnishings of the period. A charming Gate Temple is the focus of the period Garden.
In 1920, the house was threatened with demolition to make way for a gas station. In response, a group of
Charlestonians organized a preservation group which would become the Preservation Society of Charleston.
— Submitted December 22, 2011, by Mike Stroud of Bluffton, South Carolina. 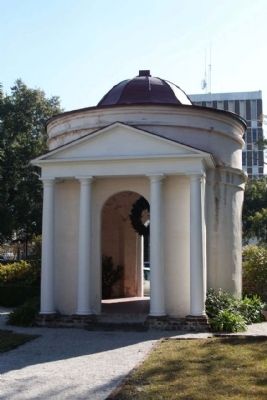 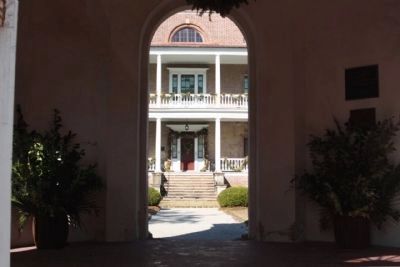 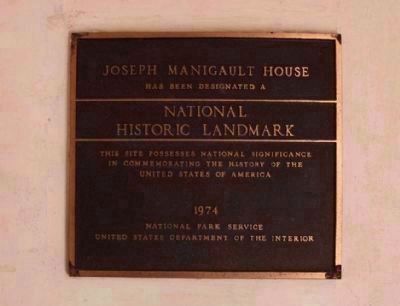 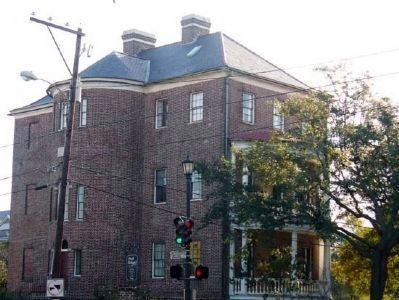 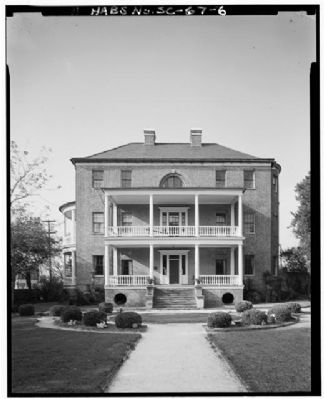 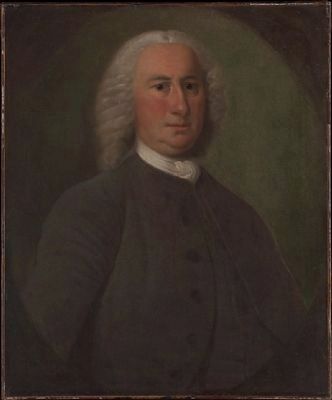