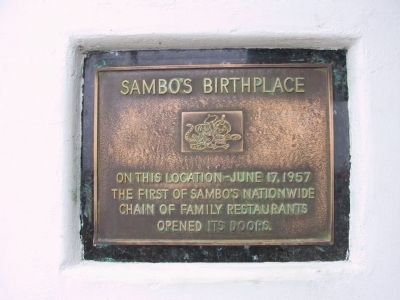 On this location - June 17, 1957 the first of Sambo's nationwide chain of family restaurants opened its doors.

Topics. This historical marker is listed in this topic list: Industry & Commerce. A significant historical month for this entry is June 1774.

Regarding Sambo's Birthplace. "The Santa Barbara restaurant continued business under the Sambo's 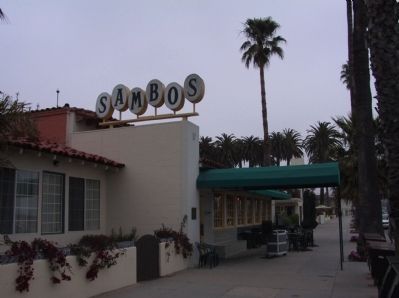 Click or scan to see
this page online
name until 2020, when it was renamed to Chad's after its owner at the time, Chad Stevens." - Wikipedia 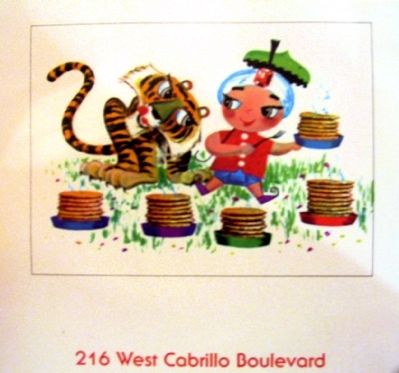 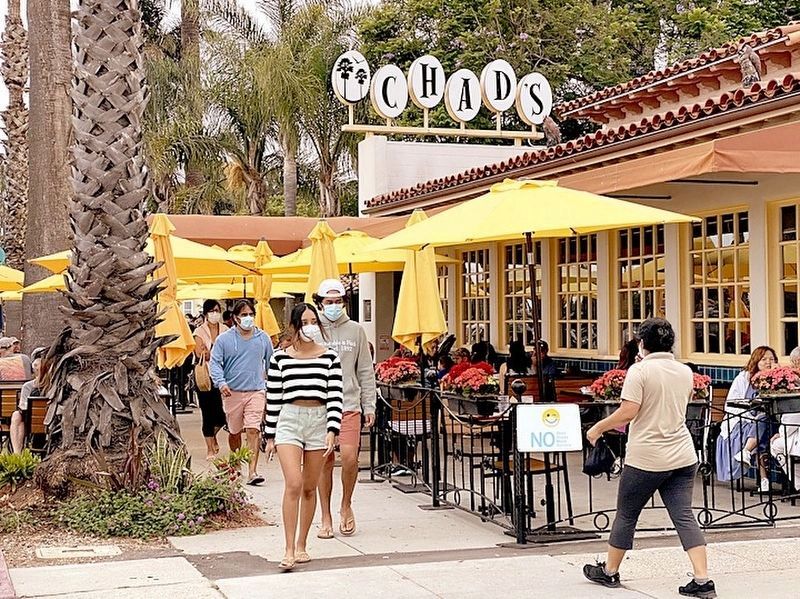