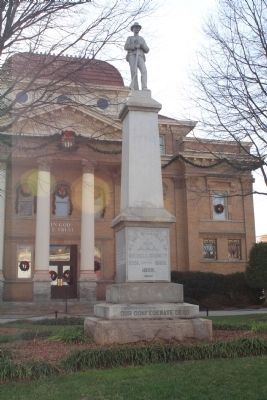 (Back):
From Bethel to Appomattox, their courage, patience, fortitude endurance and unselfish devotion to country are unparalleled in history.

(Side):
Defenders of State Sovereignty

(Side):
"They bore the flag of a nation's trust and fell in a cause, though lost, still just, and died for me and you." 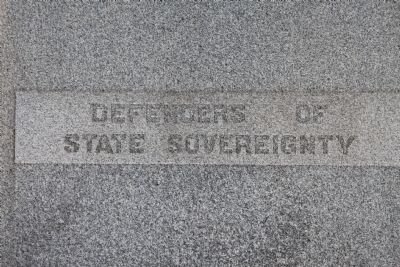 Additional commentary.
1. Description of Monument.
A full-length uniformed Confederate private stands atop a tall shaft and a tiered base. The figure wears a wide-brimmed hat and holds his rifle in front with both hands around the barrel and the butt by his proper right foot. 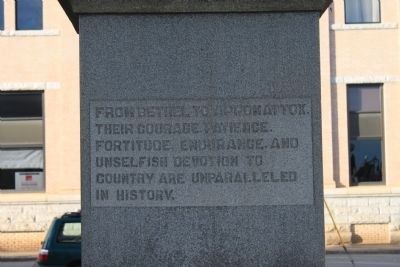 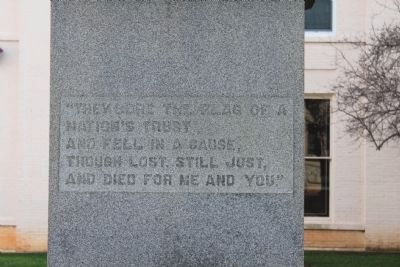 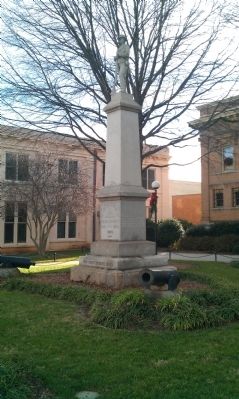