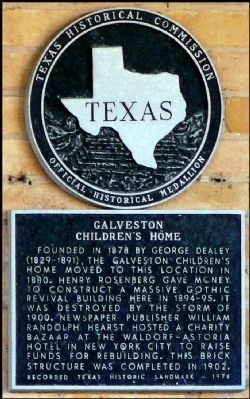 Founded in 1878 by George Dealey (1829-1891), the Galveston Children's Home moved to this location in 1880. Henry Rosenberg gave money to construct a massive Gothic revival building here in 1894-95. It was destroyed by the storm of 1900. Newspaper publisher William Randolph Hearst hosted a charity bazaar at the Waldorf-Astoria Hotel in New York City to raise funds for rebuilding. This brick structure was completed in 1902.
Recorded Texas Historic Landmark - 1978

Topics. This historical marker is listed in this topic list: Charity & Public Work. A significant historical year for this entry is 1878.

Location. 29° 17.848′ N, 94° 47.336′ W. Marker is in Galveston, Texas, in Galveston County. Marker is on 21st Street, on the right when traveling south. This marker is on the face of the building near the front door. However the lot perimeter is posted with "Keep Out" signs. Touch for map. Marker is at or near this postal address: 1215 Moody, Galveston TX 77550, United States of America. Touch for directions.

Other nearby markers. At least 8 other markers are within walking distance of this marker. Galveston Orphans Home (a few steps from this marker); 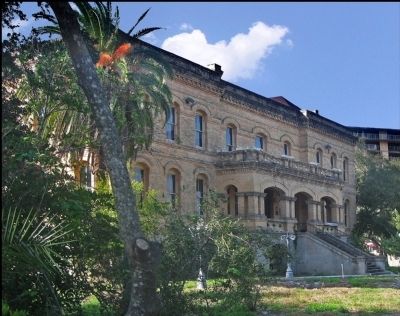 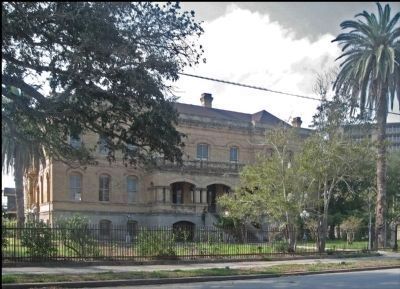