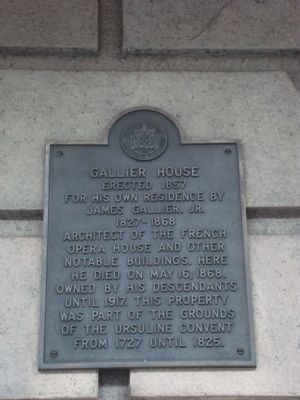 By Barry Swackhamer, December 24, 2011
1. Gallier House Marker
Inscription.
Gallier House. . Erected 1857 for his own residence by James Gallier, Jr. 1827-1868 architect of the French Opera House and other notable buildings. Here he died on May 16, 1868. Owned by his descendants until 1917. This property was part of the grounds of the Ursuline convent from 1727 until 1825. . This historical marker was erected in 1969 by New Orleans Landmarks Commission. It is in New Orleans in Orleans Parish Louisiana 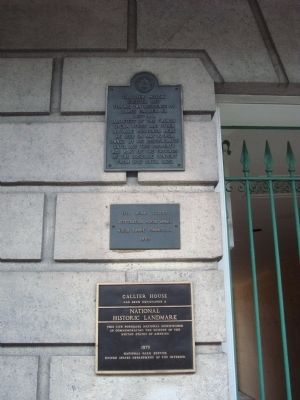 Gallier House
Has been designated a
National Historic Landmark
This site possesses national significance in commemorating the history of the United States of America
1975
National Park Service
United States Department of the Interior
(about 400 feet away); Provincial Motel (about 500 feet away); Gauche House (about 600 feet away). Touch for a list and map of all markers in New Orleans. 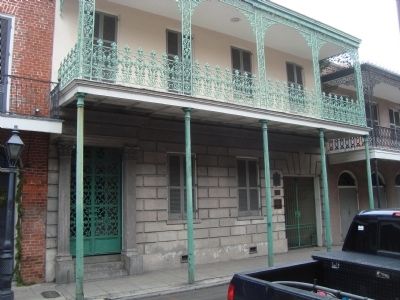