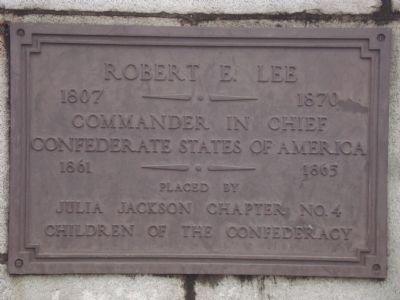 Commander in Chief
Confederate States of America
1861 – 1865
Placed by
Julia Jackson Chapter No. 4
Children of the Confederacy

Marker series. This marker is included in the United Daughters of the Confederacy marker series. 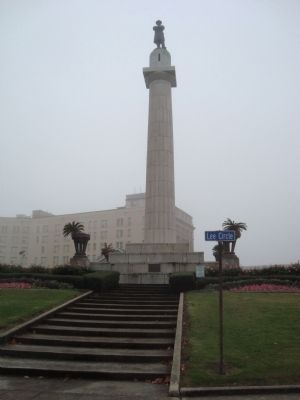 More about this marker. The actual statue of Lee is 16 feet, 6 inches tall, standing on an 8-foot, 4-inch base. The base is on the 90 foot pedestal which is said to have a winding staircase within it. The 1884 bronze was by New York sculptor Alexander Doyle. The base and pedestal by John Roy. 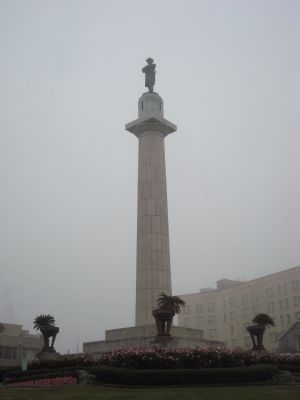 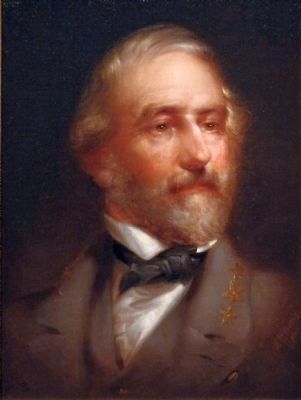 “Robert E. lee was born into a family prominent in Virginia society and early American politics. A young man with an intense desire to prove himself, he attained the highest rank available to cadets and graduated from West Point in 1829. Initially, lee opposed both secession and war. But when Virginia voted to secede from the Union, he resigned from the U.s. Army and went to his native state's defense. Placed in command of the Army of Northern Virginia in June 1862, lee gave the Confederacy moments of hope with several early victories. His army was always severely outnumbered, so it was a triumph that he managed to keep it on the field for the duration of the war. By 1864, however, time and resources were working against him, and in May, Ulysses S. Grant became his last and fateful adversary.” - National Portrait Gallery 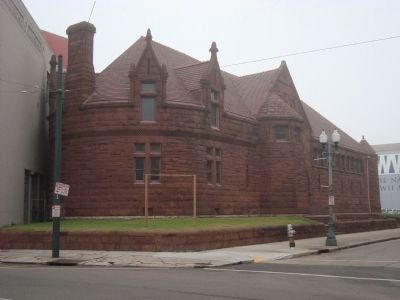