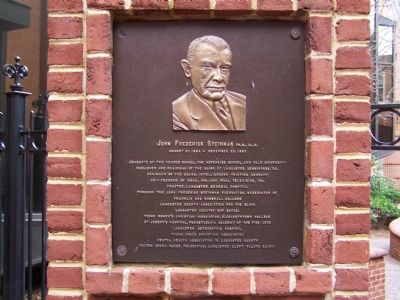 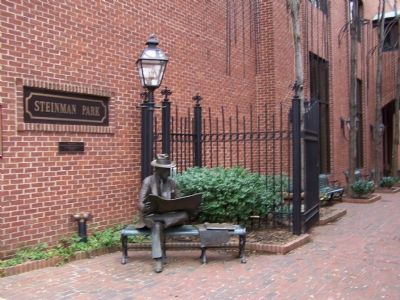 By William Pfingsten, February 2, 2008
2. Steinman Park
, in Lancaster County. Marker can be reached from West King Street (Pennsylvania Route 462) east of South Prince Street (U.S. 222), on the right when traveling east. Marker is at the rear of Steinman Park off W. King Street between Prince and Queen. Touch for map. Marker is at or near this postal address: 20 West King Street, Lancaster PA 17603, United States of America. Touch for directions.