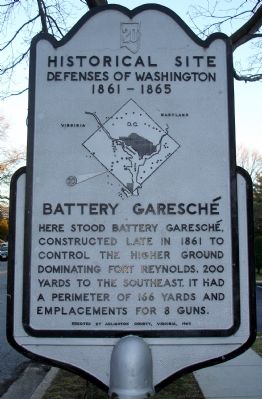 Here stood Battery Garesché, constructed late in 1861 to control the higher ground dominating Fort Reynolds, 200 yards to the southeast. It had a perimeter of 166 yards and emplacements for 8 guns. 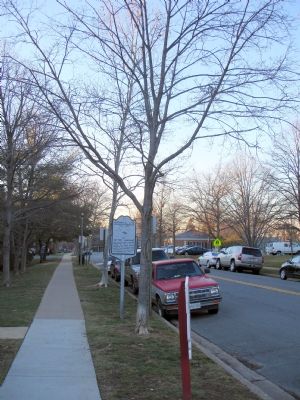 More about this marker. In the center of the marker is a map of the Washington Defenses, with a red (weathered) arrow pointing out the location of Battery Garesché.

The fort stood at the east corner of 30th Road and South Abingdon Street. It was named for Colonel Julius Peter Garesche, killed at the Battle of Murfreesboro, Tennessee on December 31, 1862. The battery was built to cover a blind spot of nearby Fort Reynolds. In addition Blockhouse No. 3, standing near what is today 3033 South Columbus Street, covered the same blind spot.

The battery had a perimeter 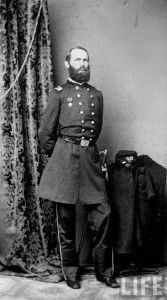 Wikipedia
3. Lt. Colonel Garesché
of 166 yards with emplacements for nine guns. Armament included two 8-inch howitzers, two 32-pdr howitzers, and four 20-pdr Parrott rifles. One magazine supported the fort's batteries. Units garrisoning the battery included the 4th Massachusetts Heavy Artillery and 6th Pennsylvania Heavy Artillery.
— Submitted February 4, 2008, by Craig Swain of Leesburg, Virginia.
Credits. This page was last revised on May 27, 2019. It was originally submitted on February 4, 2008. This page has been viewed 1,640 times since then and 10 times this year. Photos:   1, 2. submitted on February 4, 2008.   3. submitted on March 27, 2011, by Richard E. Miller of Oxon Hill, Maryland. • Craig Swain was the editor who published this page.
Share This Page.