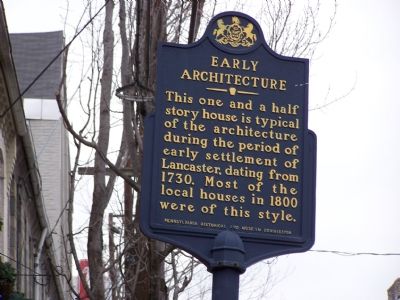 This one and a half story house is typical of the architecture during the period of early settlement of Lancaster, dating from 1730. Most of the local houses in 1800 were of this style.

Topics and series. This historical marker is listed in these topic lists: Colonial Era • Notable Buildings. In addition, it is included in the Pennsylvania Historical and Museum Commission series list. A significant historical year for this entry is 1730. 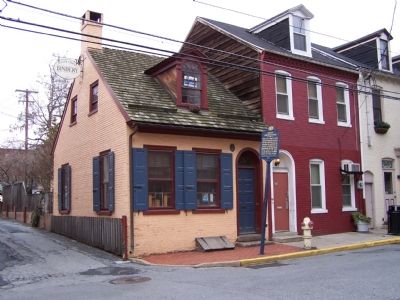