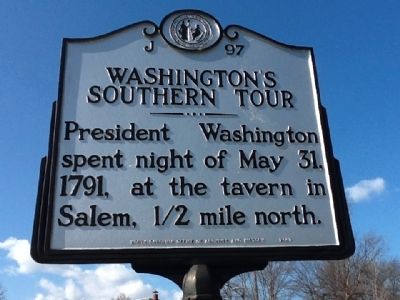 Topics and series. This historical marker is listed in these topic lists: Industry & Commerce • Patriots & Patriotism • Settlements & Settlers. In addition, it is included in the Former U.S. Presidents: #01 George Washington, and the George Washington Slept Here series lists. A significant historical date for this entry is May 31, 1823.

Location. 36° 4.95′ N, 80° 14.47′ W. Marker is in Winston-Salem, North Carolina, in Forsyth County. Marker is at the intersection of Salem Ave. and Old Salem Ave, and South Main St., on the right when traveling west on Salem Ave.. on the Strollway surrounding the traffic circle. Touch for map. Marker is in this post office area: Winston Salem NC 27101, United States of America. Touch for directions.

Other nearby markers. At least 8 other markers are within walking distance of this marker. Salem Academy and College (about 400 feet away, measured in a direct line); Happy Hill (approx. 0.2 miles away); The Brothers' Spring and The African School (approx. ¼ mile away); First Official 4th of July Celebration in the United States 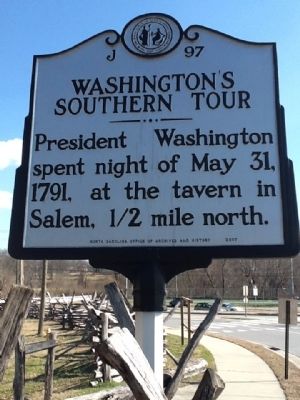 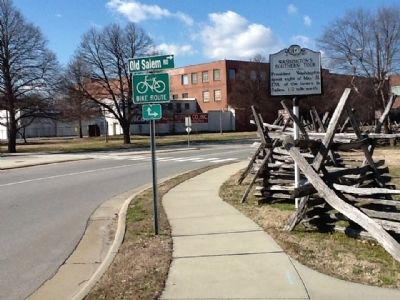 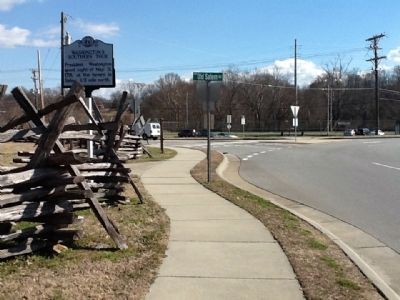 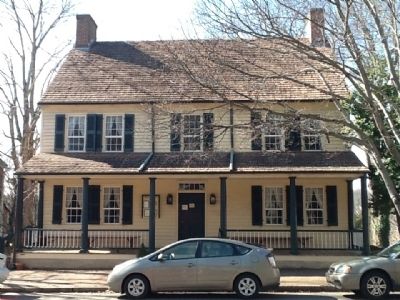 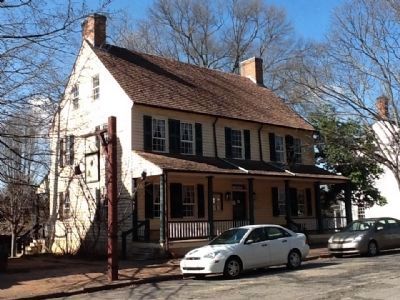 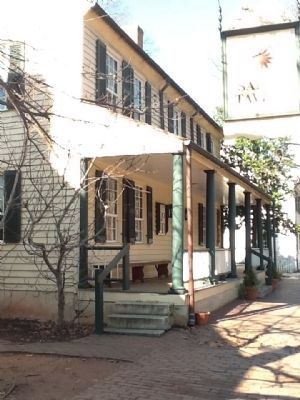