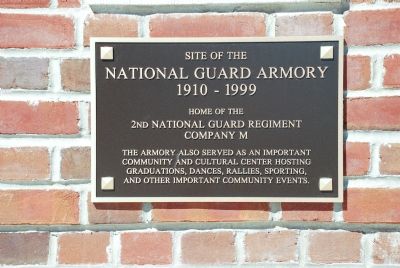 Topics. This historical marker is listed in this topic list: Military. A significant historical year for this entry is 1910. 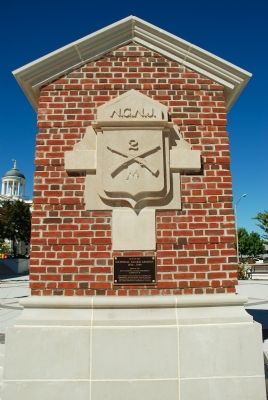 Click or scan to see
this page online
(about 400 feet away); Somerset County 9/11 Memorial and Clock Tower (about 600 feet away); Former Second National Bank (about 700 feet away); a different marker also named Washington’s Route from Princeton to Morristown (about 800 feet away); World War I Memorial (approx. 0.2 miles away). Touch for a list and map of all markers in Somerville.

More about this marker. Monument is on the plaza across Grove Street from the Somerset County Courthouse, tucked into a quiet spot between the county administration building and the jail.

The design features a large star embossed in the center of the 50-foot diameter circle. Posted in the star’s center are flags from each of the five branches of the armed services – Army, Navy, Marines, Air Force and Coast Guard – as well as space for public ceremonies. There also is space for benches, so visitors can sit in quiet reflection. 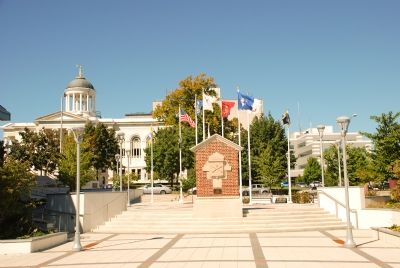 By R. C., September 23, 2007
3. National Guard Armory Marker
The Somerville County Courthouse is in the background.
the county administration building, with the circular formation nearest Grove Street. “Over the past several years, the Board of Freeholders has been proud to host ceremonies honoring our service men and women from World War II, the Korean War and the Vietnam War,” said Freeholder Director Rick Fontana. “This new plaza will serve as a permanent memorial to the courage, determination and sacrifice of our veterans from all wars and conflicts.”

The site itself already has a longstanding connection with the armed services. The former Somerville Armory was located there from 1915 until it was taken down in 1999, several years after the administration building was built.
— Submitted February 7, 2008, by Kevin W. of Stafford, Virginia. 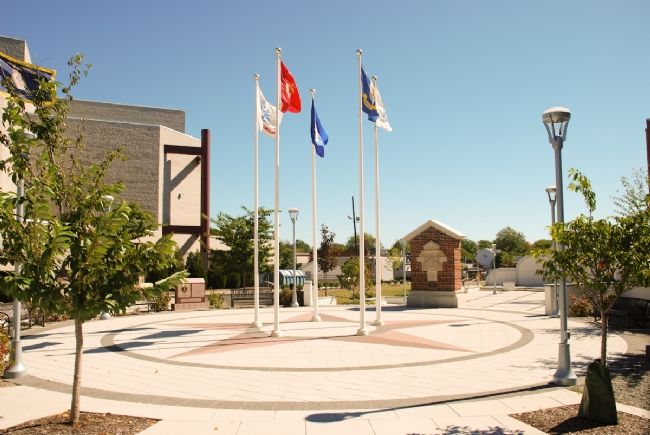