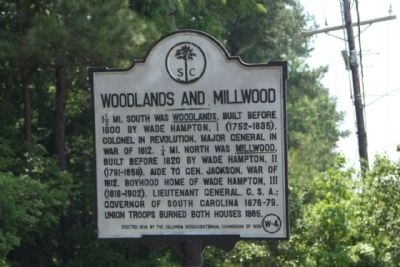 Topics. This historical marker is listed in these topic lists: War of 1812 • War, US Civil • War, US Revolutionary. A significant historical year for this entry is 1800.

Other nearby markers. At least 8 other markers are within 2 miles of this marker, measured as the crow flies. Camp Jackson (approx. half a mile away); 100th Inf Division (approx. 1½ miles away); Redfern Field / Paul R. Redfern 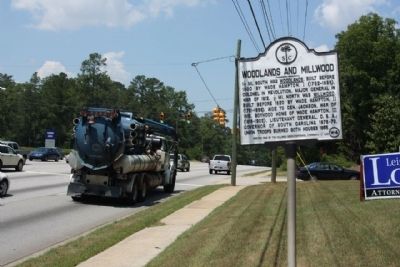 Also see . . .
1. Wade Hampton I. a South Carolina soldier, politician, two-term U.S. Congressman, and wealthy plantation owner. During the War of 1812, Hampton led the American forces in the Battle of Chateauguay in 1813. On April 6, 1814, he resigned his commission and returned to South Carolina after leading thousands of U.S. soldiers to defeat at the hands of a few hundred Quebec militia, then getting his army lost in the woods. (Submitted on May 14, 2010, by Mike Stroud of Bluffton, South Carolina.)

2. Wade Hampton II. He became a lieutenant of the dragoons in 1811, and was acting inspector general and aide to General Andrew Jackson at New Orleans, Louisiana, in 1815. (Submitted on May 14, 2010, by Mike Stroud of Bluffton, South Carolina.) 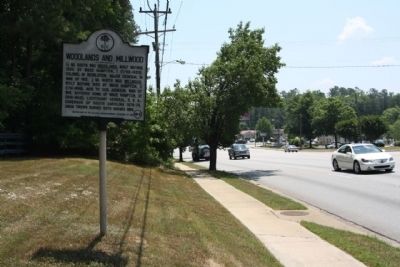 Photographed By Mike Stroud, May 6, 2010
3. Woodlands and Millwood Marker, looking east
Columbia, South Carolina, was burned by Maj. Gen. William T. Sherman's Union soldiers, and his fortune was depleted supplying those soldiers. Hampton was one of the original proponents, alongside General Jubal A. Early, of the Lost Cause movement, attempting to explain away the Confederacy's loss of the war. (Submitted on May 14, 2010, by Mike Stroud of Bluffton, South Carolina.) 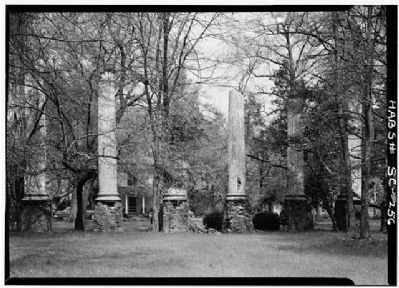 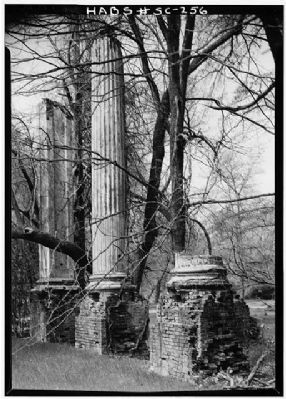