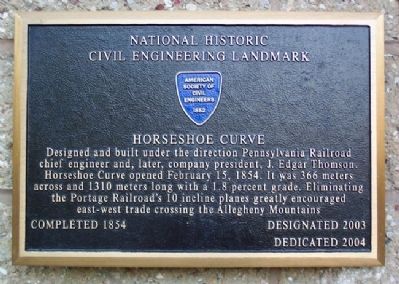 Topics and series. This historical marker is listed in these topic lists: Industry & Commerce • Landmarks • Man-Made Features • Railroads & Streetcars. In addition, it is included in the ASCE Civil Engineering Landmarks, and the Pennsylvania Railroad (PRR) series lists. A significant historical date for this entry is February 15, 1790. 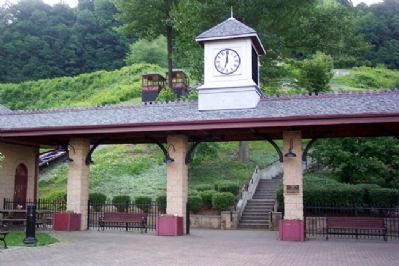 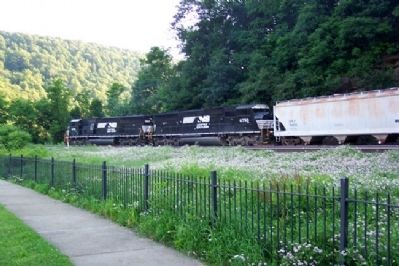 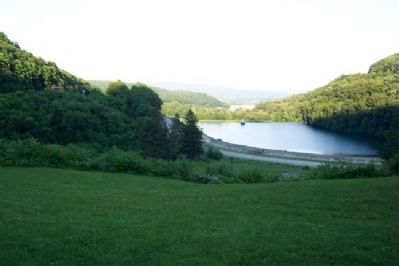 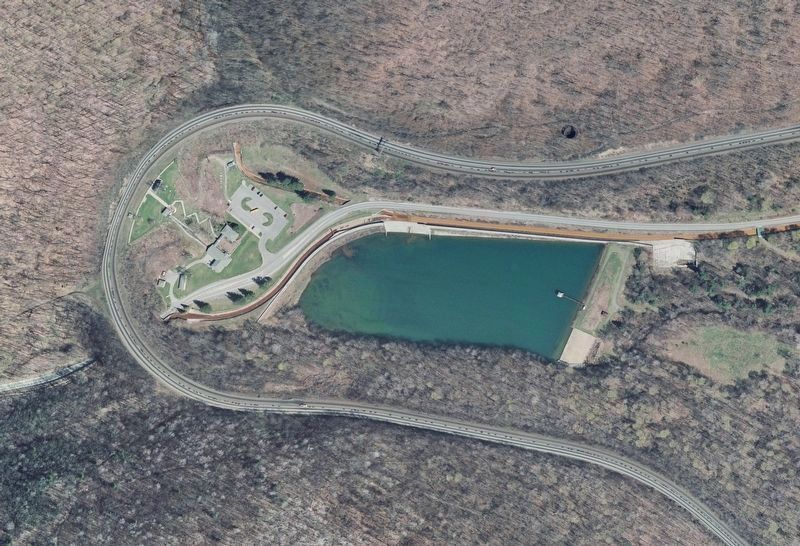 Photographed By U.S. Geological Survey, March 1, 2006
5. Orthoimage of the Horseshoe Curve
Wikipedia description: “Trains headed counterclockwise around the curve are ascending. The visitor center and observation park are at the apex of the curve, and a reservoir is located in the valley spanned by it.” 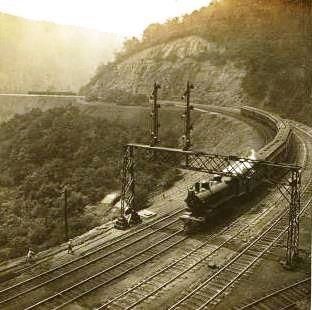 Photographed By H.C. White Co. Stereograph Print, circa 1907
6. The Horseshoe Curve, Pennsylvania.
From the Robert N. Dennis collection of stereoscopic view at the New York Public Library Division of Art, Prints and Photographs, via Wikipedia Commons. 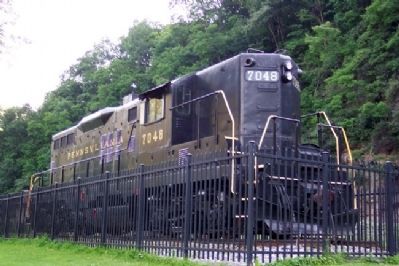 Photographed By William Fischer, Jr., July 6, 2009
7. Diesel on Display at Horseshoe Curve
Replaced iconic PRR K-4 steam engine that had been on display for decades 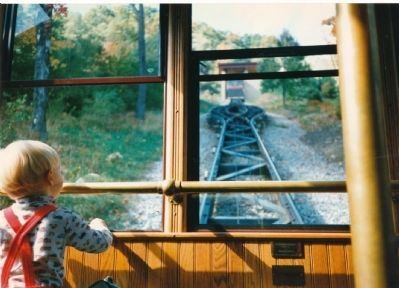