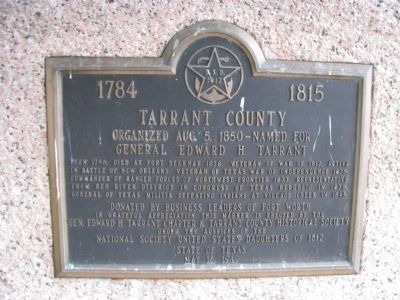 Born 1796, died at Fort Belknap 1858. Veteran of War of 1812, active in Battle of New Orleans. Veteran of Texas War of Independence 1836, Commander of Ranger Forces of Northwest Frontier 1837. Representative from Red River District in Congress of Texas Republic in 1838, General of Texas Militia defeating Indians at Village Creek in 1841.

Donated by Business Leaders of Fort Worth in grateful appreciation this marker is erected by the Gen. Edwards H. Tarrant Chapter & Tarrant County Historical Society under the Auspices of the National Society United States Daughters of 1812.
State of Texas
May 18, 1949

Topics and series. This historical marker is listed in these topic lists: Forts and Castles • War of 1812 • War, Texas Independence • Wars, US Indian. In addition, it is included in the United States Daughters of 1812, National Society series list. A significant historical month for this entry is May 1559. 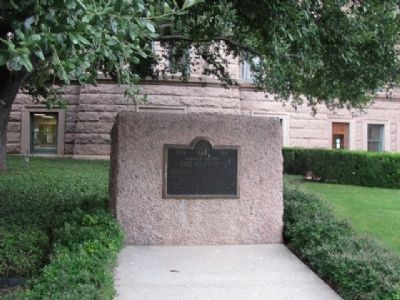 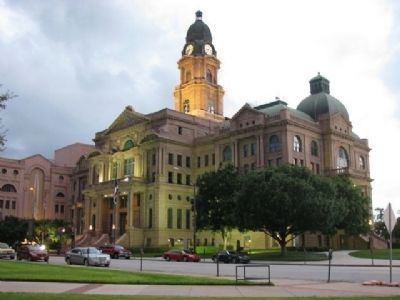