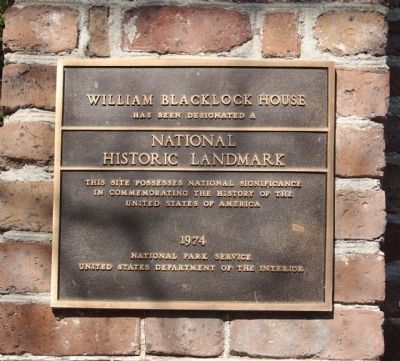 Topics and series. This historical marker is listed in this topic list: Notable Buildings. In addition, it is included in the National Historic Landmarks series list. A significant historical year for this entry is 1974. 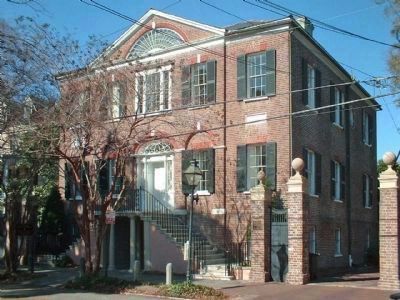 Photographed By Mike Stroud, January 5, 2012
2. William Blacklock House and Marker
The house has had a series of prominent owners and occupants, including Emile H. Jahnz, who was the German consul in 1916. Now the College of Charleston Club, the house was designated a National Historic Landmark in 1973.

The William Blacklock House, ca. 1800, is an excellent example of the Adam style. The house has a double door entryway placed in a frame of intricately designed sidelights and topped by one of the city’s handsomest fanlights (elliptical). The door is set in a wide brick arch that is flanked by narrower 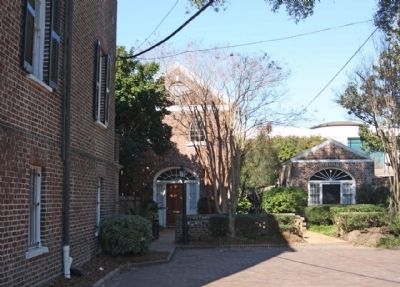 Photographed By Mike Stroud, January 5, 2012
3. William Blacklock House rear out buildings
window arches to either side. The house is a massive, three-story brick building with a hipped roof, and is set back from the sidewalk just the width of the matched double stairs with wrought iron railing that rise over the first floor entry. Two marble columns support the platform to which the stairs ascend. The basement door is concealed under the double stairs by a pair of columns in a Palladian spacing. Marble keystones have been inserted in between the red brick headers which form arches above the windows of the façade. The house has an unusually large lot and is one of the largest residences in the city. Overlooking the rear garden are two outbuildings with Gothic windows. William Blacklock, the builder and owner, was a member of the Branch Bank of the U.S. in Charleston. Listed in the National Register November 7, 1973; Designated a National Historic Landmark November 7, 1973.(South Carolina Department of Archives and History)

Additional commentary.
1. The William Blacklock House,
built in 1800, is one of the United States' most important Adamesque houses. The house is two stories of brick on a high brick basement. The facade features a large lunette in the pediment, openings in blind arches, delicate tracery, and a double flight of iron-railed steps. The property, located at 18 Bull 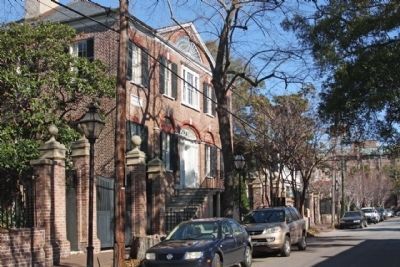 The design has similarities to the work of Gabriel Manigault, but no attribution has ever been confirmed. Blacklock was a member of the committee responsible for the construction of a bank (now City Hall) which was designed by Manigault in the same year. Other design elements of 18 Bull St. are similar to those uses in other Manigault designs.

Today, the house is owned by the College of Charleston which uses it for social events in addition to housing the Alumni Relations Office. (Wikipedia)
— Submitted February 14, 2012, by Mike Stroud of Bluffton, South Carolina. 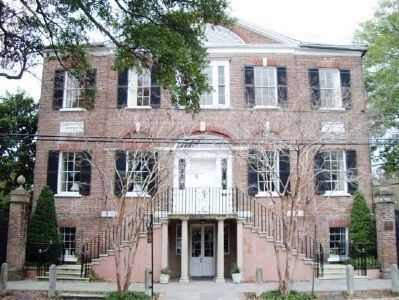 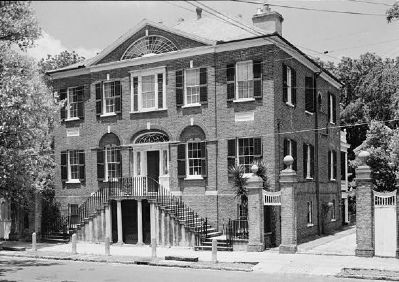