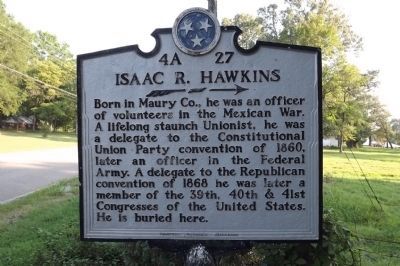 Photographed By Ken Smith, August 6, 2011
1. Isaac R. Hawkins Marker
Inscription.
Isaac R. Hawkins. . Born in Maury Co., he was an officer of volunteers in the Mexican War. A lifelong staunch Unionist, he was a delegate to the Constitutional Union Party convention of 1860, later an officer in the Federal Army. A delegate to the Republican convention of 1868 he was later a member of the 39th, 40th and 41st Congresses of the United States. He is buried here. . This historical marker was erected by Tennessee Historical Commission. It is in Huntingdon in Carroll County Tennessee

Topics and series. This historical marker is listed in these topic lists: Cemeteries & Burial Sites • Government & Politics. In addition, it is included in the Tennessee Historical Commission series list. A significant historical year for this entry is 1860.

Other nearby markers. At least 8 other markers are within 2 miles of this marker, measured as the crow flies. Old Racetrack (approx. 0.9 miles away); Mudslingers Studio 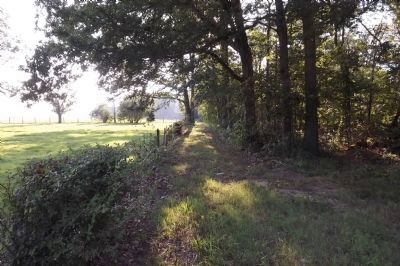 Photographed By Ken Smith, August 6, 2011
2. Cemetery Drive
It's a long way to the cemetery. The driveway is good & room to turn around. 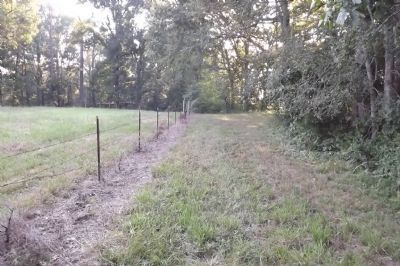 Photographed By Ken Smith, August 6, 2011
3. Cemetery Drive
Cemetery is on the right at the treeline. 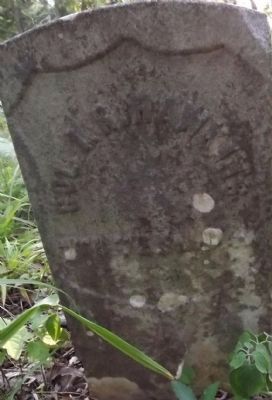