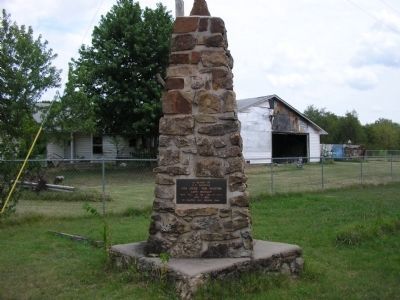 In memory of
U.S. Marshals
Dick Speed, Tom Houston,
Lafe Shadley
Who fell in the line of duty
Sept. 1, 1893
by Dalton and Doolin gang

Topics. This historical marker monument is listed in this topic list: Law Enforcement.

Other nearby markers. At least 3 other markers are within 11 miles of this marker, measured as the crow flies. The Battle of Ingalls (a few steps from this marker); Outlaw Battle (approx. 1.2 miles away); Rice/Kerby Cabin (approx. 10½ miles away). 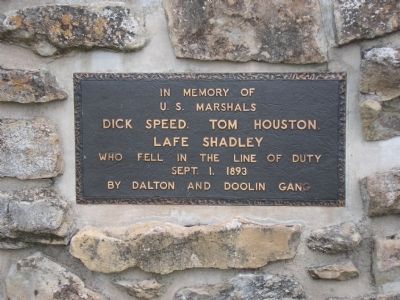 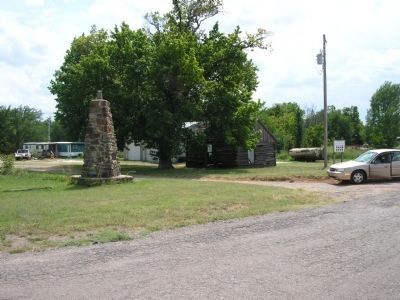