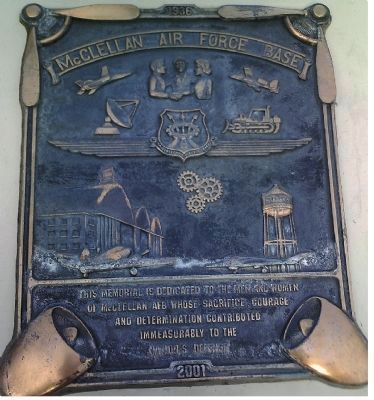 This memorial is dedicated to the
men and women
of McClellan AFB whose sacrifice, courage
and determination contributed
immeasurably to the
nation's security

Topics and series. This historical marker is listed in this topic list: Military. In addition, it is included in the Native Sons/Daughters of the Golden West series list.

Location. 38° 39.773′ N, 121° 23.095′ W. Marker is near Sacramento, California, in Sacramento County. Marker is on Arnold Avenue north of Peacekeeper Way, on the right when traveling north. Marker is located in a small park area bordered on the north by McClellan Mall and on the south by Mitchell Street. Touch for map. Marker is at or near this postal address: 3404 McClellan Mall, McClellan CA 95652, United States of America. Touch for directions.

Other nearby markers. At least 8 other markers are within 3 miles of this marker, measured as the crow flies. A different marker also named McClellan Air Force Base (here, next to this marker); Base Headquarters (within shouting distance of this marker); POW/MIA (approx. 0.9 miles away); Walerga Assembly Center 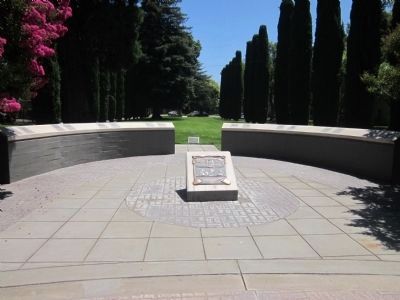 More about this marker. Flanked on either side are photos and information on the history of the base. See "Nearby Marker" McClellan Air Force Base.

Regarding McClellan Air Force Base. The area is preserved on the National Register of Historic Places for it's early military style architecture. 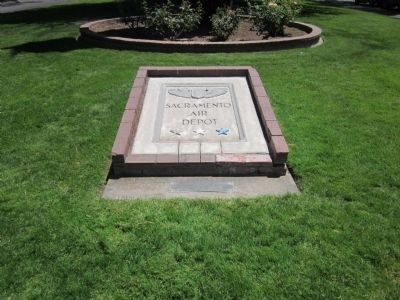 July 6, 2012
3. Cornerstone of McClellan AFB
---March 1940---
Dedicated to the Past, Present, and
to the Future of the United States
Air Force -
Civil Engineering Division 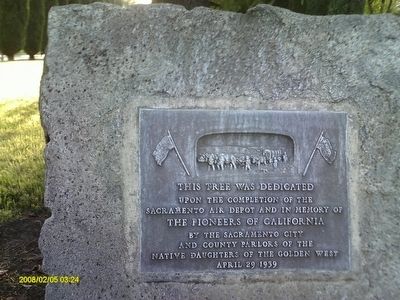 Photographed By S B, circa February 5, 2008
4. Native Daughters Dedication Plaque
The plaque is place at the opposite end of this small park area.


This Tree Was Dedicated
upon the completion of the
Sacramento Air Depot and in memory of
The Pioneers of California
by the Sacramento City
and County Parlors of the
Native Daughters of the Golden West
April 29, 1939 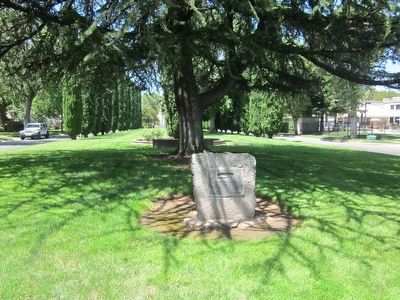 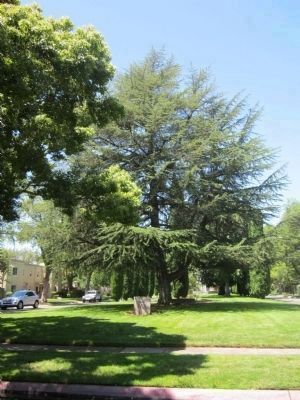 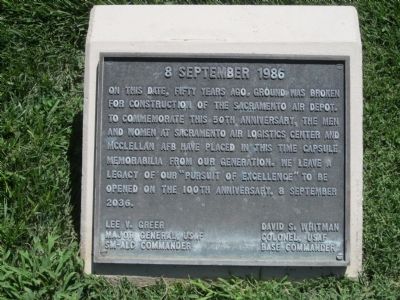