"Hoboken and This is No Jokin" 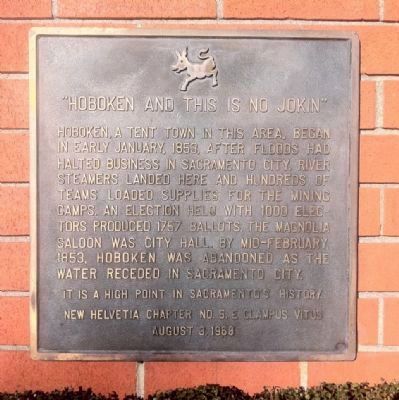 Hoboken, a tent town in this area, began in early January, 1853 after floods had halted business in Sacramento City. River steamers landed here and hundreds of teams loaded supplies for the mining camps. An election held with 1000 electors produced 1757 ballots. The Magnolia Saloon was City Hall. By mid-February 1853, Hoboken was abandoned as the water receded in Sacramento City.

It is a high point in Sacramento History

Topics and series. This historical marker is listed in this topic list: Settlements & Settlers. In addition, it is included in the E Clampus Vitus series list. A significant historical year for this entry is 1853.

Location. 38° 34.063′ N, 121° 25.669′ W. Marker is in Sacramento, California, in Sacramento County. Marker is on H Street just east of Carlson Drive, on the left when traveling east. Marker is mounted on Firehouse #8 to the left of the driveway. Touch for map. Marker is at or near this postal address: 5990 H Street, Sacramento CA 95819, United States of America. Touch for directions.

Other nearby markers. At least 8 other markers are within 2 miles of this marker, measured as the crow flies. Five Mile Station (approx. half a mile away); 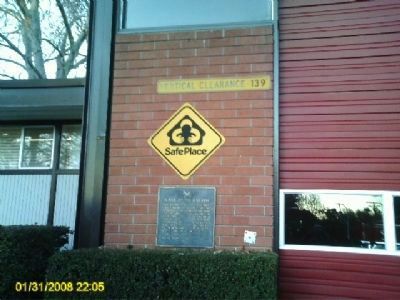 Regarding "Hoboken and This is No Jokin". During floods people also camped on the elevated land that is now part of the Old Sacramento City Cemetery. 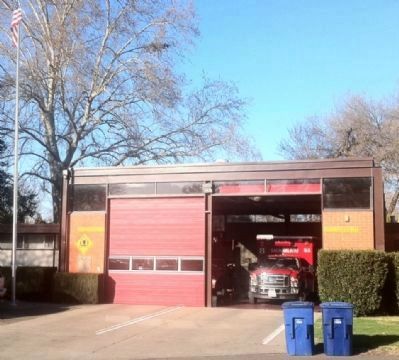