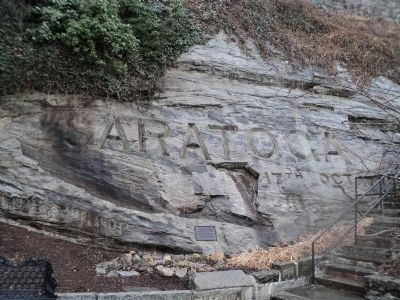 Topics. This historical marker is listed in this topic list: War, US Revolutionary. A significant historical date for this entry is October 17, 1777.

Location. 41° 23.502′ N, 73° 57.222′ W. Marker is in West Point, New York, in Orange County. Marker can be reached from Cullum Road, on the right when traveling north. Marker is located at the US Military Academy behind building 603. Touch for map. Marker is in this post office area: West Point NY 10996, United States of America. Touch for directions. 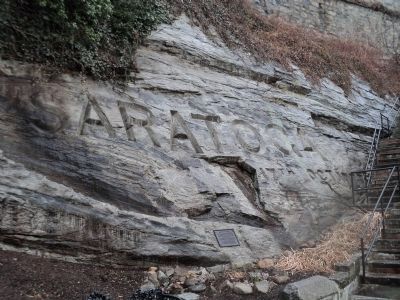 Photographed By Bill Coughlin, February 12, 2012
2. Surrender at Saratoga Marker
The marker commemorates the surrender of British Gen. John Burgoyne and his army to American Gen. Horatio Gates in 1777. 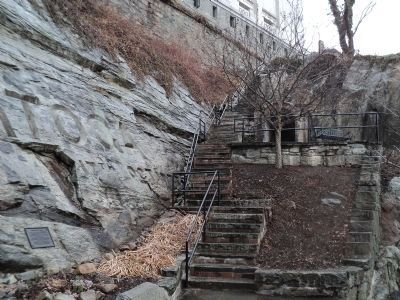