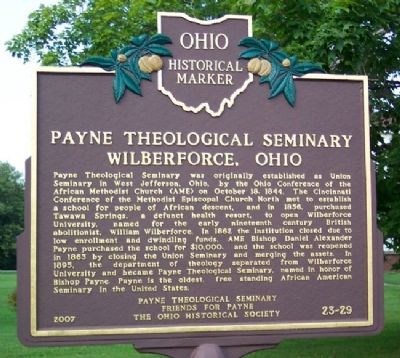 Payne Theological Seminary was originally established as Union Seminary in West Jefferson, Ohio, by the Ohio Conference of the African Methodist Church (AME) on October 18, 1844. The Cincinnati Conference of the Methodist Episcopal Church North met to establish a school for people of African descent, and in 1856, purchased Tawawa Springs, a defunct health resort, to open Wilberforce University, named for the early nineteenth century British abolitionist, William Wilberforce. In 1862 the institution closed due to low enrollment and dwindling funds. AME Bishop Daniel Alexander Payne purchased the school for $10,000, and the school was reopened in 1863 by closing the Union Seminary and merging the assets. In 1895, the department of theology separated from Wilberforce University and became Payne Theological Seminary, named in honor of Bishop Payne. Payne is the oldest, free standing African American Seminary in the United States. 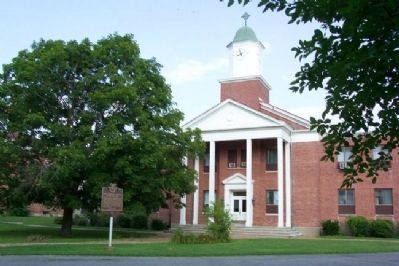 Click or scan to see
this page online
in these topic lists: African Americans • Churches & Religion • Education • Man-Made Features. In addition, it is included in the African Methodist Episcopal (AME) Church ⛪, the Historically Black Colleges and Universities 🎓, and the Ohio Historical Society / The Ohio History Connection series lists. A significant historical month for this entry is October 1880. 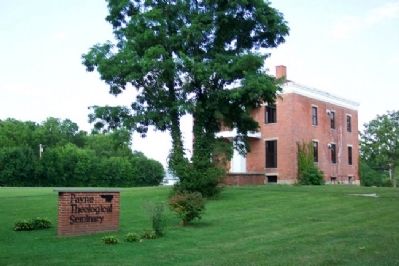 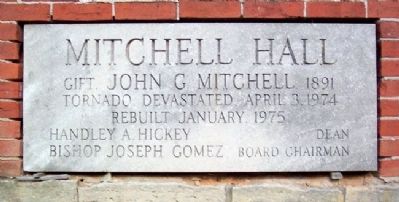 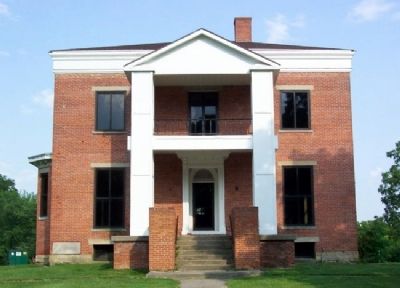