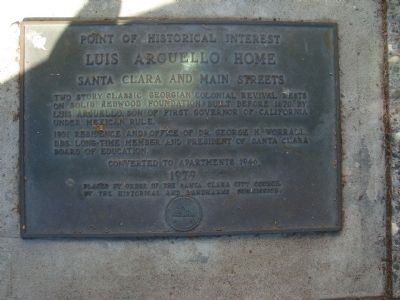 1901 residence and office of Dr. George H. Worrall, DDS., long time member and president of Santa Clara Board of Education.
Converted to apartments 1946

Topics. This historical marker is listed in these topic lists: Hispanic Americans • Notable Buildings. A significant historical year for this entry is 1870. 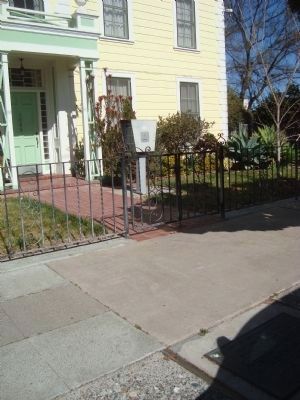 By Barry Swackhamer, February 16, 2012
2. Luis Arguello Home Marker
The marker is lost in the shadow. 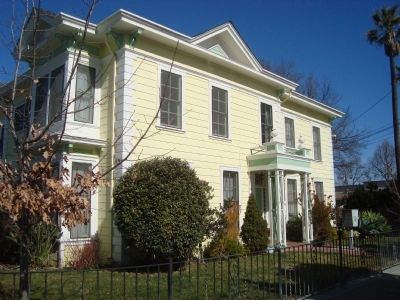