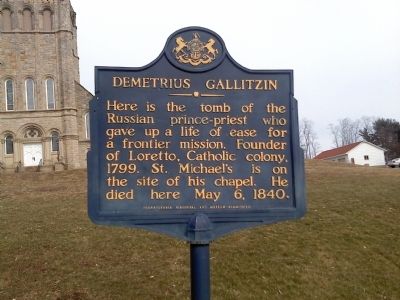 By Mike Wintermantel, February 23, 2012
1. Demetrius Gallitzin Marker
Inscription.
Demetrius Gallitzin. . Here is the tomb of the Russian prince-priest who gave up a life of ease for a frontier mission. Founder of Loretto, Catholic colony, 1799. Saint Michael's is on the site of his chapel. He died here May 6, 1840. . This historical marker was erected in 1947 by Pennsylvania Historical and Museum Commission. It is in Loretto in Cambria County Pennsylvania

Here is the tomb of the Russian prince-priest who gave up a life of ease for a frontier mission. Founder of Loretto, Catholic colony, 1799. Saint Michael's is on the site of his chapel. He died here May 6, 1840.

Topics and series. This historical marker is listed in this topic list: Settlements & Settlers. In addition, it is included in the Pennsylvania Historical and Museum Commission series list. A significant historical date for this entry is May 6, 1840.

Location. 40° 30.126′ N, 78° 37.853′ W. Marker is in Loretto, Pennsylvania, in Cambria County. Marker is at the intersection of St. Mary Street and Syberton Road, on the right when traveling north on St. Mary Street. Located at St. Michael's Catholic Church. Touch for map. Marker is in this post office area: Loretto PA 15940, United States of America. Touch for directions.

Other nearby markers. At least 8 other markers are within 5 miles of this marker, measured as the crow flies. Rev Demetrius Augustine Gallitzin (about 300 feet away, measured in a direct line); Charles M. Schwab (approx. half a mile away); Loretto (approx. 0.8 miles away); Admiral Peary Park 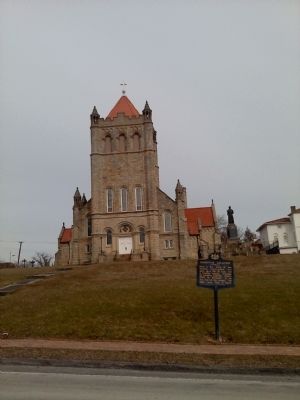 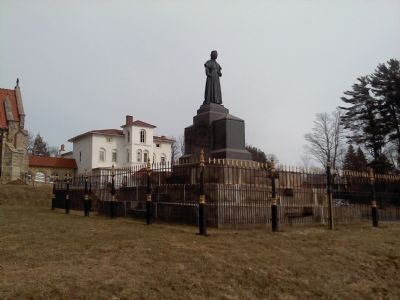 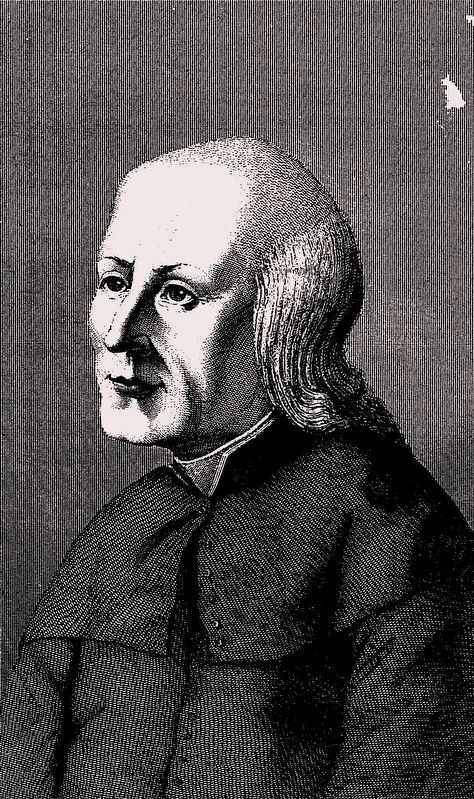 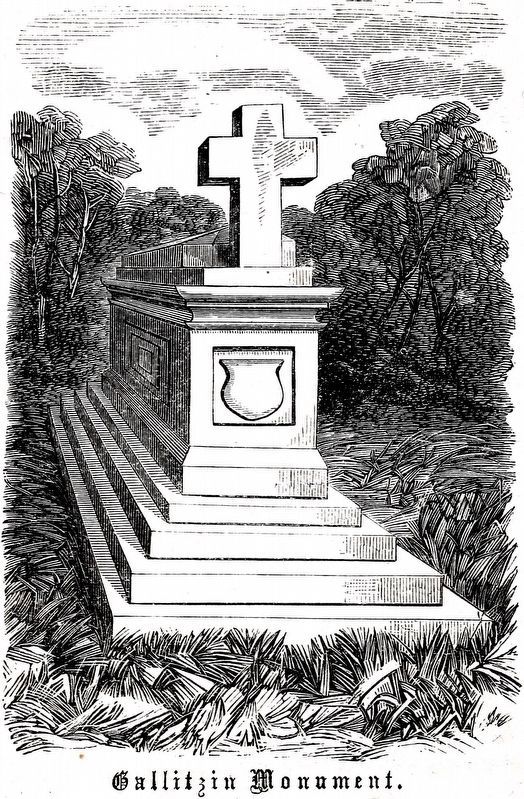 By Allen C. Browne
5. Gallitzin Monument
Thomas Heyden in his 1869 book A Memoir on the Life and Character of the Rev. Prince Demetrius A. de Gallitzin has this illustration of Gallitzin's Monument. The Latin inscription composed by Bishop Kenrick reads:

(Sacred to the Memory

Of D. A. a Prince of the Gallitzin Family — born the 22d Dec., 1770.
Who having renounced Schism was raised to the Priesthood.
Exercised the sacred ministry through the whole of this region.
And distinguished for Faith, Zeal, Charity. Died the 6th of May, A. D. 1841.) 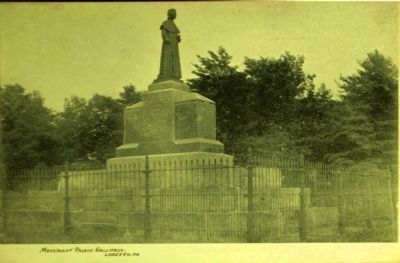 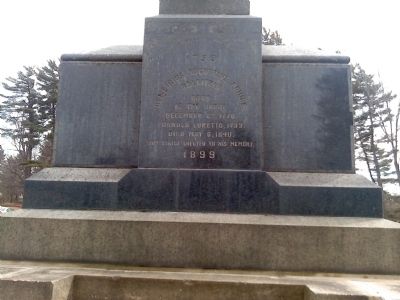 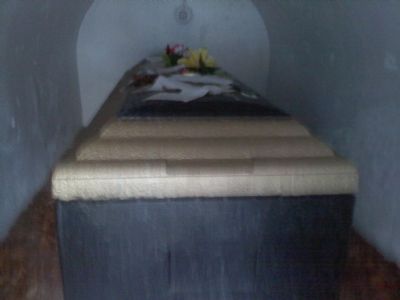