— Culture and Structure Together — 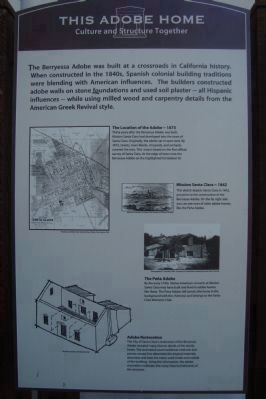 The Berryessa Adobe was built at a crossroad in California history. When constructed in the 1840s, Spanish colonial building traditions were blending with American influences. The builders constructed adobe walls on stone foundations and used soil plaster – all Hispanic influences - while using milled wood and carpentry details from the American Greek Revival style.

Mission Santa Clara - 1842 This sketch depicts Santa Clara in 1842, just prior to the construction of the Berryessa Adobe. On the far right side you can see rows of older adobe homes, like the Peña Adobe.

The Peña Adobe
By the early 1790s Native American converts at Mission Santa Clara may have built and lived in adobe homes like these. The Pena Adobe still stands 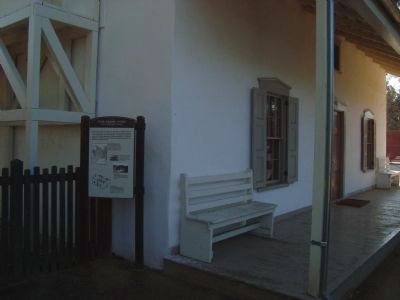 Click or scan to see
this page online
(the home in the background with the chimney) and belongs to the Santa Clara Women’s Club.

Adobe Restoration
The City of Santa Clara’s restoration of the Berryessa Adobe revealed many historic details of this family home. The restoration used traditional methods and precise research to determine the original materials, structures and even the colors used inside and outside of the building. Using this information, the adobe restoration maintains the many historical elements of the structure.

Topics and series. This historical marker is listed in these topic lists: Hispanic Americans • Notable Buildings. In addition, it is included in the Juan Bautista de Anza National Historic Trail series list. A significant historical year for this entry is 1873. 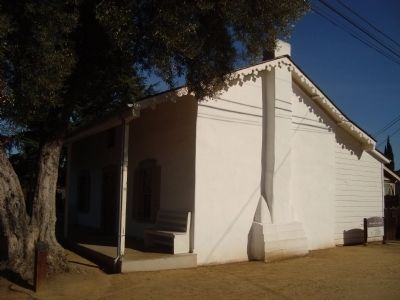 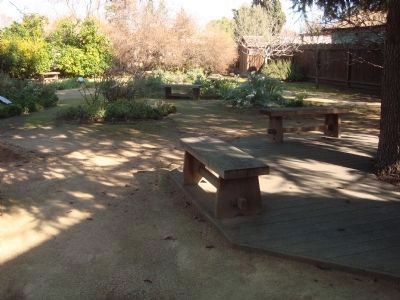 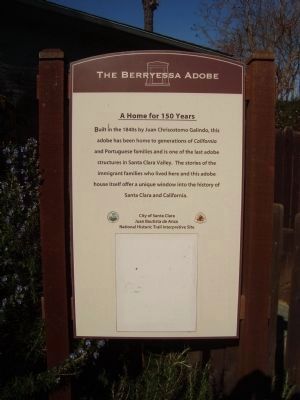 Photographed By Barry Swackhamer, February 16, 2012
5. A Home for 150 years
Built in the 1840s by Juan Chrisostomo Galindo, this adobe has been home to generations of Californio and Portuguese families and is one of the last adobe structures in Santa Clara Valley. The stories of the immigrants who lived here and this adobe house itself offer a unique window into the history of Santa Clara and California