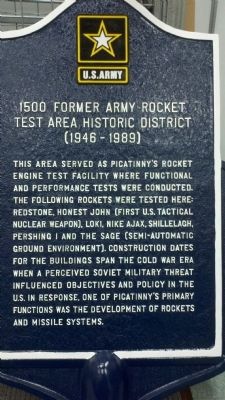 This area served as Picatinny’s rocket engine test facility where functional and performance tests were conducted. The following rockets were tested here: Redstone, Honest John (first U.S. tactical nuclear weapon), Loki, Nike Ajax, Shillelagh, Pershing I and the SAGE (Semi-Automatic Ground Environment). Construction dates for the buildings span the Cold War era when a perceived Soviet military threat influenced objectives and policy in the U.S. In response, one of Picatinny’s primary functions was the development of rockets and missile systems.

Other nearby markers. At least 8 other markers are within 2 miles of this marker, measured as the crow flies. Naval Commander's Home (approx. 0.4 miles away); 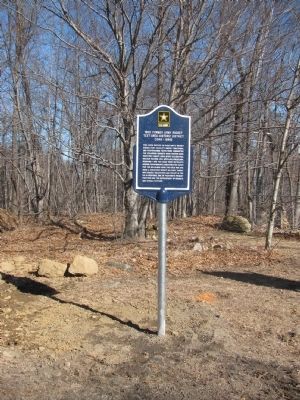