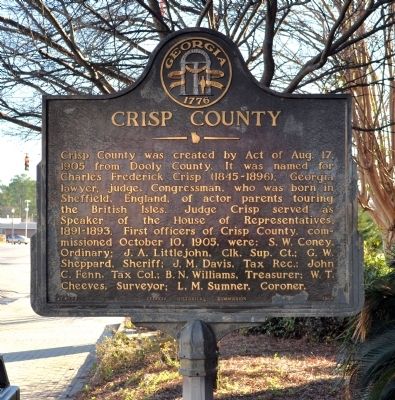 Topics and series. This historical marker is listed in this topic list: Political Subdivisions. In addition, it is included in the Georgia Historical Society series list. A significant historical date for this entry is October 10, 1881. 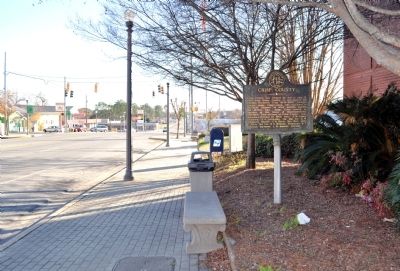 Click or scan to see
this page online
The marker stands at the Crisp County Courthouse. Touch for map. Marker is at or near this postal address: 205 S 7th Street, Cordele GA 31015, United States of America. Touch for directions. 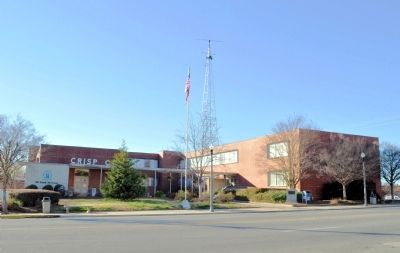 Photographed By David Seibert, January 15, 2012
3. Crisp County Courthouse and Marker
The courthose was built in 1950, replacing the original 1907 courthouse which had burned. The marker can just be seen at the right edge of the photo. 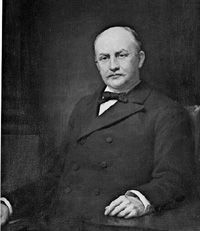