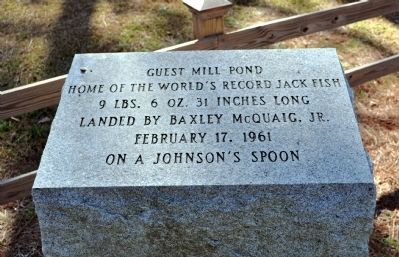 On a Johnson’s Spoon

Topics. This historical marker is listed in these topic lists: Animals • Sports. 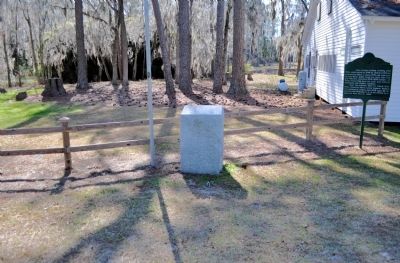 Also see . . .  Wikipedia Entry for Chain Pickerel (Jack Fish). “The chain pickerel has a distinctive, dark, chain-like pattern on its greenish sides. Its body outline resembles that of the northern pike. The opercles and cheeks of the fish are entirely scaled. It may reach up to 30 in long only on rare occasions. The average size for chain pickerel, however, is 24 in and 3 lb. (The average chain pickerel caught by fishermen is under 2 lb). It lives around eight years.” (Submitted on May 25, 2019.) 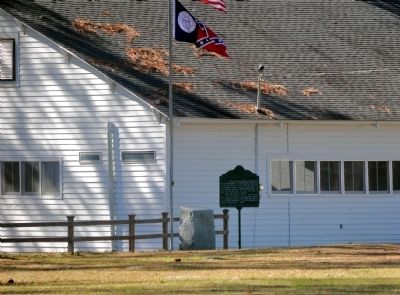