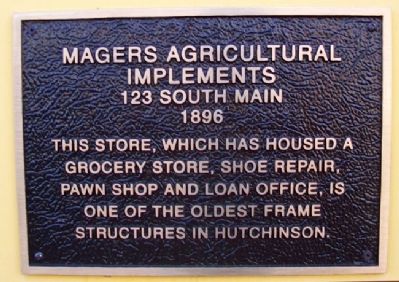 This store, which has housed a grocery store, shoe repair, pawn shop and loan office is one of the oldest frame structures in Hutchinson.

Location. 38° 2.998′ N, 97° 55.92′ W. Marker is in Hutchinson, Kansas, in Reno County. Marker is on Main Street near Avenue B, on the right when traveling south. Touch for map. Marker is at or near this postal address: 123 South Main Street, Hutchinson KS 67501, United States of America. Touch for directions. 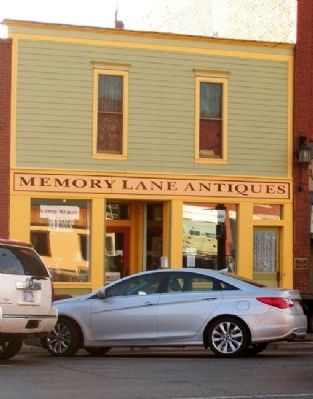