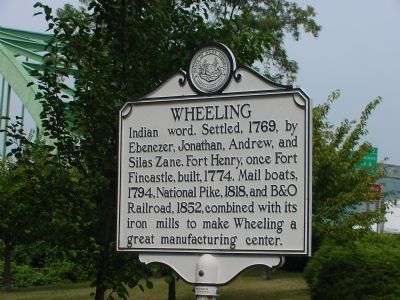 Topics and series. This historical marker is listed in these topic lists: Industry & Commerce • Railroads & Streetcars • Roads & Vehicles • Settlements & Settlers. In addition, it is included in the West Virginia Archives and History series list. 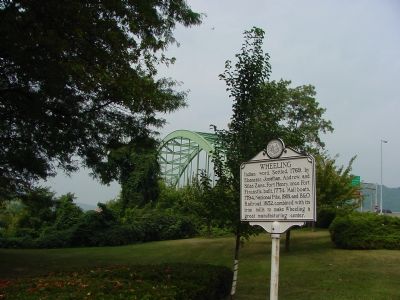 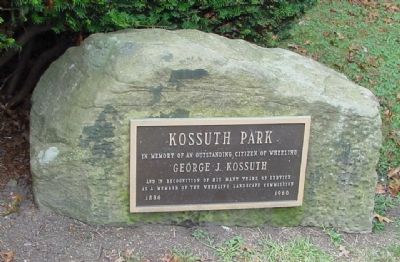 By J. J. Prats, August 27, 2006
3. Kossuth Park Tablet
In memory of an outstanding citizen of Wheeling, George J. Kossuth, and in recognition of his many years of service as a member of the Wheeling Landscape Commission. 1886–1960. 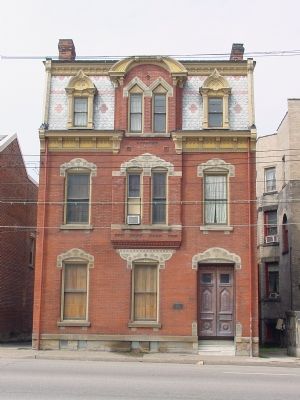 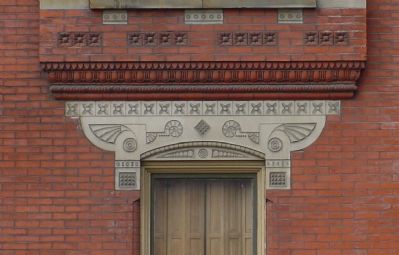 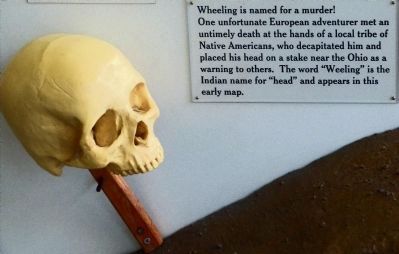 By Allen C. Browne, December 31, 2013
6. Wheeling is named for a Murder!
This display in the Wheeling Visitors Center explains the derivation of the name "Wheeling":

"One unfortunate European adventurer met an untimely death at the hands of a local tribe of Native Americans, who decapitated him and placed his head on a stake near the Ohio as a warning to others. The word 'Wheeling' is the Indian name for 'head'..." 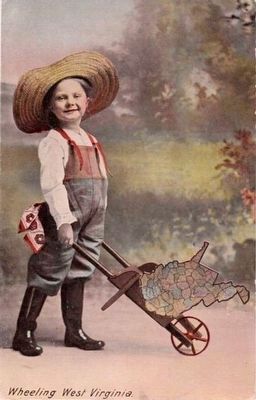 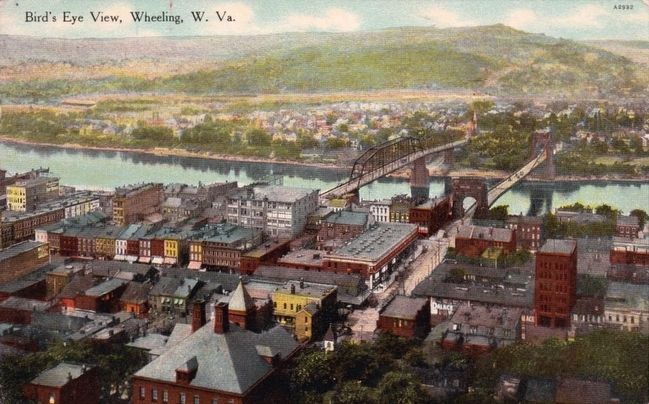