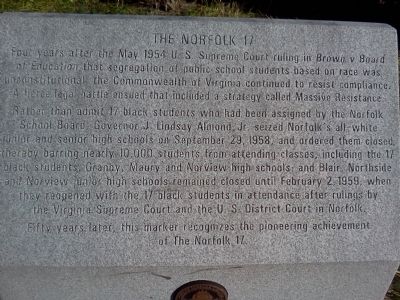 Four years after the May 1954 U. S. Supreme Court ruling in Brown v. Board of Education that segregation of public school students based on race was unconstitutional, the Commonwealth of Virginia continued to resist compliance. A fierce legal battle ensued that included a strategy called Massive Resistance.

Fifty years later, this marker recognizes the pioneering achievement of The Norfolk 17. 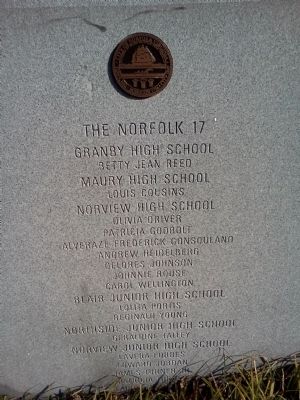 Topics. This historical marker is listed in these topic lists: African Americans • Civil Rights • Education. A significant historical date for this entry is February 2, 1959. 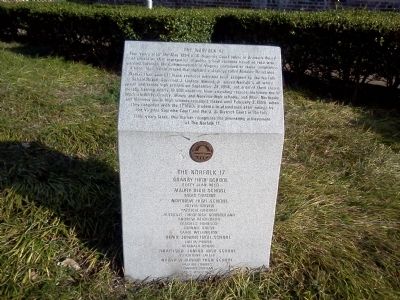 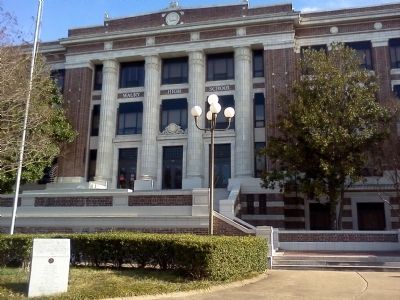