The San Antonio and Aransas Pass Railroad in Rockport 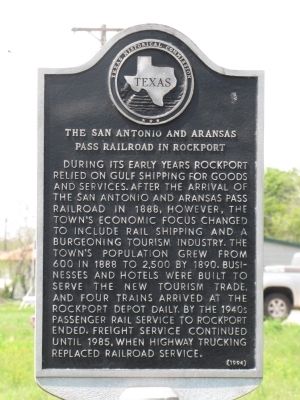 During its early years Rockport relied on Gulf shipping for goods and services. After the arrival of the San Antonio and Aransas Pass Railroad in 1888, however, the town’s economic focus changed to include rail shipping and a burgeoning tourism industry. The town’s population grew from 600 in 1888 to 2,500 by 1890. Businesses and hotels were built to serve the new tourism trade, and four trains arrived at the Rockport Depot daily. By the 1940s passenger rail service to Rockport ended. Freight service continued until 1985, when highway trucking replaced railroad service.

Topics. This historical marker is listed in these topic lists: Industry & Commerce • Railroads & Streetcars. A significant historical year for this entry is 1888. 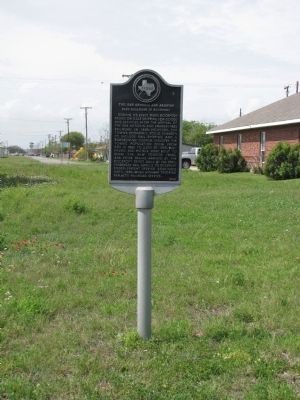 Click or scan to see
this page online
or near this postal address: 105 S Magnolia St, Rockport TX 78382, United States of America. Touch for directions. 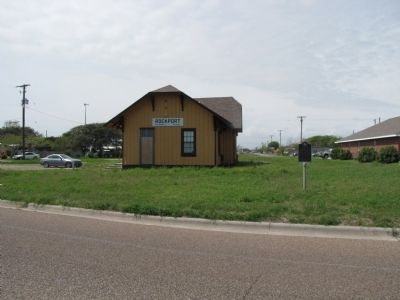