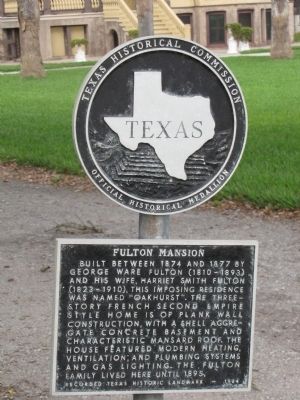 Built between 1874 and 1877 by George Ware Fulton (1810 – 1893) and his wife, Harriet Smith Fulton (1823 – 1910), this imposing residence was named “Oakhurst”. The three-story French second empire style home is of plank wall construction, with a shell aggregate concrete basement and characteristic Mansard roof. The house featured modern heating, ventilation, and plumbing systems and gas lighting. The Fulton family lived here until 1895.

Location. 28° 3.439′ N, 97° 2.064′ W. Marker is in Fulton, Texas, in Aransas County. Marker can be reached from the intersection of Henderson Street and Fulton Beach Road, on the left when traveling east. Located just inside the grounds from the parking lot. Touch for map. Marker is at or near this postal address: 317 N Fulton Beach Rd, Rockport TX 78382, United States of America. Touch for directions. 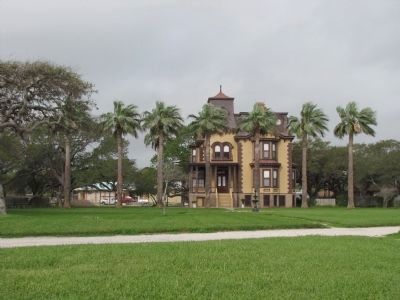 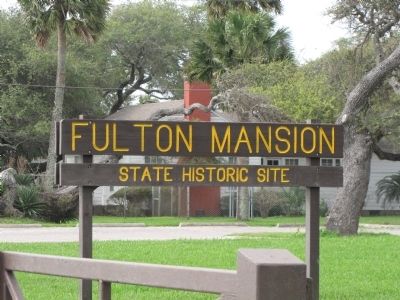