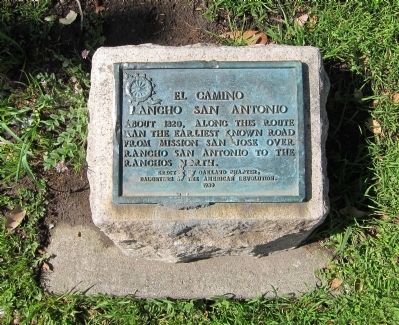 About 1820, along this route ran the earliest known road from Mission San Jose over Rancho San Antonio to the ranchos north.

Erected 1939 by Daughters of the American Revolution, Oakland Chapter.

Topics and series. This historical marker is listed in this topic list: Roads & Vehicles. In addition, it is included in the Daughters of the American Revolution, and the El Camino Real, “The King's Highway” (California) series lists.

Other nearby markers. At least 8 other markers are within 2 miles of this marker, measured as the crow flies. Site of Saint Mary's College (approx. 0.3 miles away); Key Route Train Station (approx. 0.4 miles away); St. Augustine's Episcopal Church 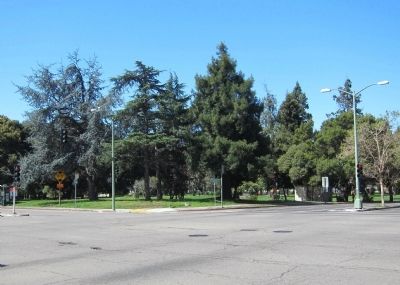