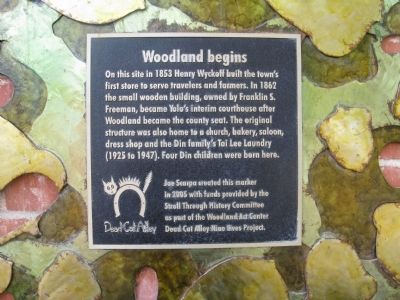 Topics. This historical marker is listed in this topic list: Settlements & Settlers. A significant historical year for this entry is 1853. 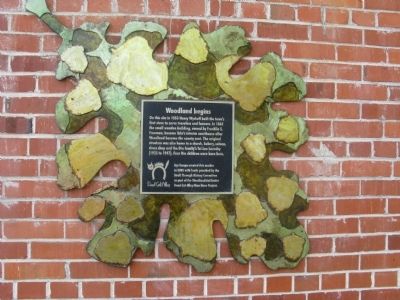 More about this marker. Joe Scarpa created this marker in 2005 with funds provided by the Stroll Through History Committee as part of the Woodland Art Center Dead Cat Alley Nine Lives Project.

Regarding Woodland begins. In the winter of 1853, Henry Wyckoff settled in a dense grove of oak trees and opened a small store. Soon other businesses located in the area, including a store owned by Major F.S. Freeman. Major Freeman offered free lots to those who would clear the land and
build homes. Before long the settlement of Yolo City was established around what is now the central part of Main Street. 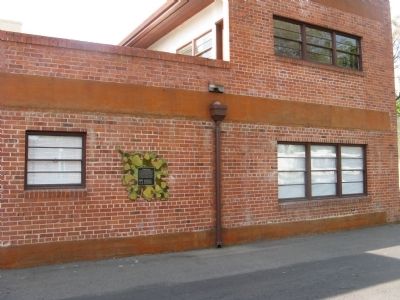