Remnants of the University of Nashville 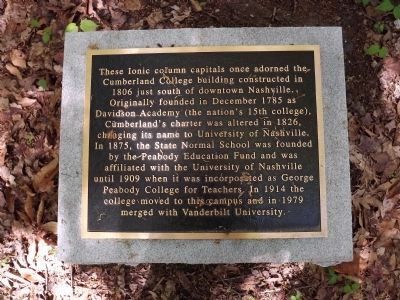 These Ionic column capitals once adorned the Cumberland College building constructed in 1806 just south of downtown Nashville. Originally founded in December 1785 as Davidson Academy (the nation's 15th college), Cumberland's charter was altered in 1826, changing its name to University of Nashville. In 1875, the State Normal School was founded by the Peabody Education Fund and was affiliated with the University of Nashville until 1909 when it was incorporated as George Peabody College for Teachers. In 1914 the college moved to this campus and in 1979 merged with Vanderbilt University.

Peabody College, founded in 1875 as the State Normal College, was originally affiliated with the University of Nashville which traced its roots to Davidson Academy, founded in 1785. This Plaque was displayed on the Gate Keeper's lodge, built in 1889 near the main entrance to the old “South Campus,” located on Market Street (today 2nd Avenue) and home to the University of Nashville, Montgomery Bell Academy, Peabody Normal School, and, later, Vanderbilt University's Medical and Dental Departments.

Topics. This historical marker is listed in this 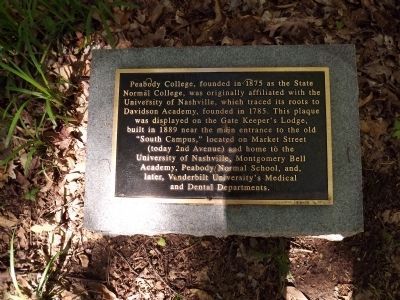 Photographed By Ken Smith, April 6, 2012
2. Remnants of the University of Nashville Marker

Click or scan to see
this page online
topic list: Education. A significant historical month for this entry is December 1785.

Location. 36° 8.534′ N, 86° 47.878′ W. Marker is in Nashville, Tennessee, in Davidson County. Marker can be reached from Edgehill Avenue south of Magnolia Circle, on the left when traveling west. Located on the Commons Lawn of the Peabody Campus. Access through the alley between Magnolia Circle and Appleton Place with Peabody Maintenance on the left and Mayborn Hall on the right. Touch for map. Marker is in this post office area: Nashville TN 37203, United States of America. Touch for directions. 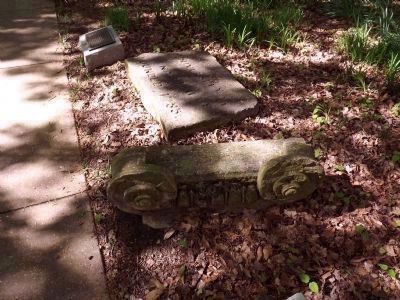 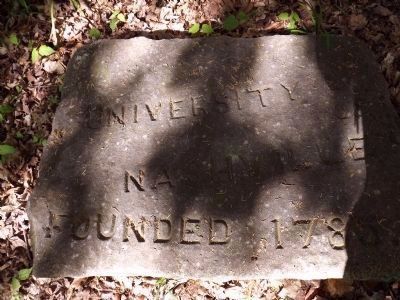 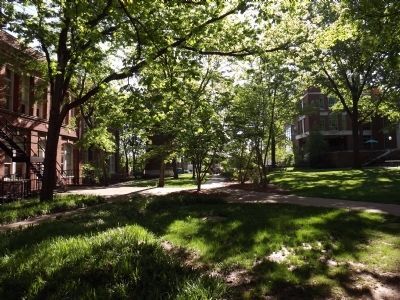 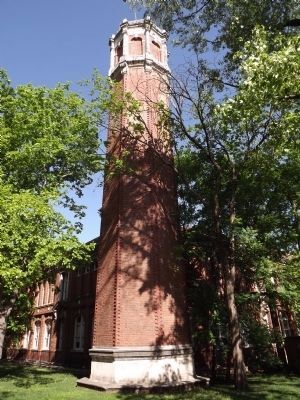