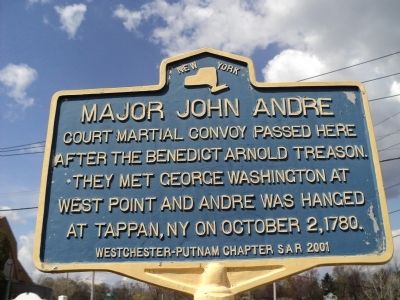 Court martial convoy passed here after the Benedict Arnold treason. They met George Washington at West Point and Andre was hanged at Tappan, NY on October 2, 1780.

Topics and series. This historical marker is listed in these topic lists: Law Enforcement • War, US Revolutionary. In addition, it is included in the Former U.S. Presidents: #01 George Washington, and the Sons of the American Revolution series lists. A significant historical date for this entry is October 2, 1780.

Other nearby markers. At least 8 other markers are within walking distance of this marker. Gregory House (approx. 0.2 miles away); Early Catholic Church (approx. ¼ mile away); Knickerbocker Ice (approx. 0.3 miles away); Thompson House 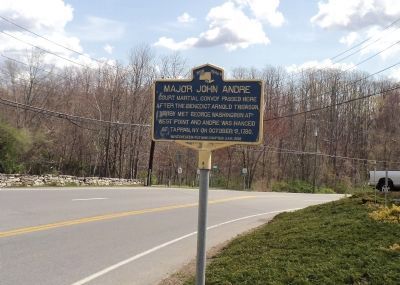 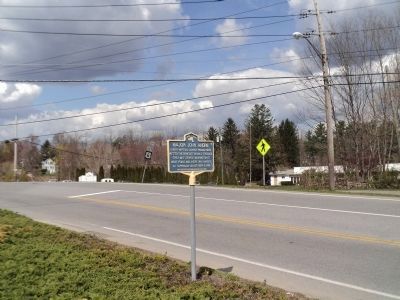