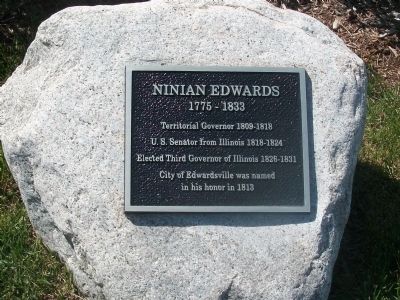 By Mike Camero, 9 April, 2
1. Ninian Edwards Marker
Inscription.
Ninian Edwards.
Territorial Governor 1809-1818 U.S. Senator from Illinois 1818-1824 Elected Third Governor of Illinois 1826-1831 City of Edwardsville was named in his honor in 1813. . This historical marker is in Edwardsville in Madison County Illinois

Location. 38° 48.65′ N, 89° 57.517′ W. Marker is in Edwardsville, Illinois, in Madison County. Marker is at the intersection of E. Vandalia Street (Illinois Route 157) and St Louis Street, on the left when traveling east on E. Vandalia Street. Monument is a small park located at the Y-intersection of Vandalia and St Louis Streets. The park contains the statue of Ninian Edwards, the plaque and a fountain. Touch for map. Marker is in this post office area: Edwardsville IL 62025, United States of America. Touch for directions.

Other nearby markers. At least 8 other markers are within walking distance of this marker. Edwardsville (about 300 feet away, measured in a direct line); Site of Abraham Lincoln's Speech (about 700 feet away); Edwardsville National Bank Clock (approx. 0.2 miles away); First Cemetery in the City of Edwardsville 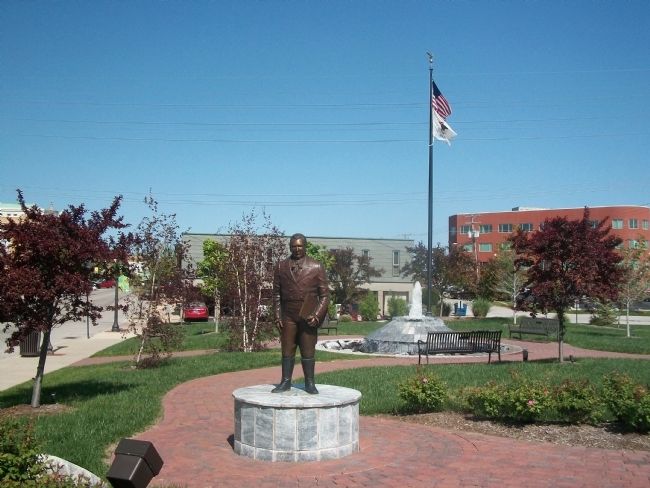