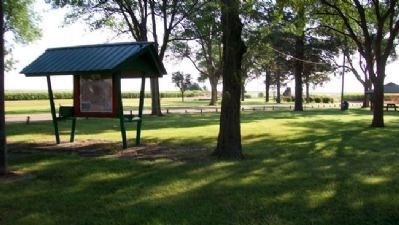 Osborne, Established 1871 (Side A)
Architecture
Architectural Gems Galore
Osborne has two buildings listed on both the National Register of Historic Places. The Classic-styled Carnegie Research Library at 307 West Main served as the Osborne Public Library from 1913 to 1995 and is now the archives of the local genealogical & historical society. The Richardsonian Romanesque-styled Osborne County Courthouse was erected 1907-1908. It's [sic] walls are comprised of both Cottonwood Limestone from Cottonwood Falls, Kansas, and Post Rock Limestone quarried from near Glen Elder, Kansas.

The Classic-styled red brick-and-limestone former Presbyterian Church at First & Washington was dedicated in 1911. The Renaissance Revival-Influenced brick masonry Bible Baptist Church at 131 South Second Street was built in 1903. The Gothic-style 1906 United Methodist Church at 105 North Third Street is noted for its handcarved main doors and carillon. 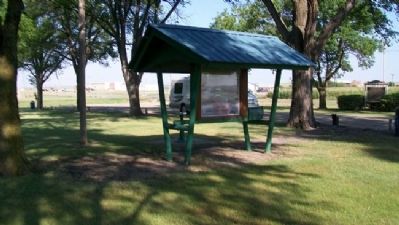 Click or scan to see
this page online
Main are twin native stone Renaissance-style structures built in 1885 and 1886. The building's exterior has been meticulously maintained and is currently the home of Bloomer, Bloomer, & Bloomer Law Offices & Real Estate.

Art
Carvings & Monuments
Artistic merit can be seen in the 1929 white marble column Old Settlers Monument and the 2000 granite-and-Black African marble obelisk Osborne County Veteran's Memorial, both located on Courthouse Square at 423 West Main Street. On the Osborne County Courthouse itself are unusual carvings of stylized sunflowers and a lion and Medusa, both symbols of justice.

Geography
From Scenic Views to Amazing Worms
Spectacular views of the South Fork Solomon River valley can be seen from either of Osborne's North and South Hills. The Blue Hills of Osborne County are a haven for Cretaceous Period sea fossils. In 1978 the Kansas Geologic Survey named both Medicine Peak and the Scaphites Gully Site in the county Notable Fossil Locations after several rare types of Scaphites, or armored sea worms, and other remarkable fossils were discovered here. Located southeast of Osborne, both areas are on private land and permission must be obtained to visit them. 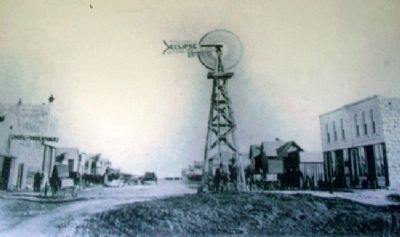 Photographed By Unknown, 1870s
3. Windmill Photo on Osborne / Solomon Valley Hwy 24 Heritage Alliance Marker
See photo caption #1
Solomon Valley/Highway 24 Heritage Alliance region to be founded by a colony. A scouting party of 67 people left Lancaster, Pennsylvania, in April 1871 bound for Kansas. On May 1, 1871 the remaining 38 men and one woman laid out a new townsite. It was colony co-leader Colonel William Bear who suggested the town be named Osborne City after Civil War veteran Vincent B. Osborne, and that the surrounding township be called Penn after Pennsylvania founder William Penn. The remaining 250 members of the colony arrived later that September.

In July 1871 the colony officially disbanded and the Osborne City Town Company then formed to govern the community. After four general elections Osborne City finally was declared the permanent county seat in November 1872. In 1878 Osborne City was declared a second-class city, with a mayor and city council form of government that continues in place. By the mid-1890s the "City" in the name was no longer used.

Commerce
Summer Means Fun
Events in the Osborne area are scheduled around the annual Wheat Harvest (June-July) and the Corn and Milo Harvests (September-November). Every Wednesday is Sale Day at the Osborne Livestock Commission 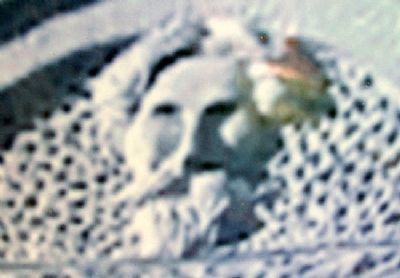 People
From Hunters to Sports Figures
Nationally famous buffalo hunter Jeff Durfey staked out a homestead claim seven miles southwest of Osborne on July 27, 1870. His log cabin still stands and is the oldest building in the county. Blacksmith Frank Hatch built a steam-powered wagon, the first self-propelled vehicle in Kansas, and drove it through Osborne's streets during the summer of 1887.

General Lewis Hanback was a two-term U.S. Representative while he lived in Osborne in 1883-1891. Osborne newspaper editor Charles E. Mann served as both a Kansas State Senator and State Representative and was elected Kansas Speaker of the House of Representatives in 1923.

Clergyman, newspaper reporter/editor, attorney, author, and politician Calvin Reasoner founded the town of Arlington in 1871, was later mayor of Osborne, and served as state representative. His daughter Elsie became America's first female war correspondent covering the Spanish-American War in 1898. Elsie then worked for the Associated Press and 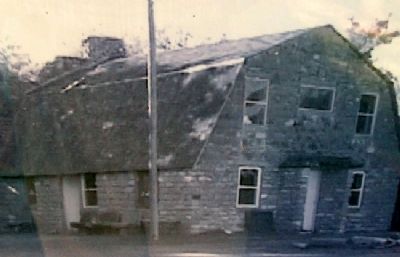 Noted surgeon and Osborne high graduate Marvin "Mal" Stevens was named a 1923 Walter Camp All-American at Yale University. Known as "The Kansas Comet," he was inducted into the College Football Hall of Fame in 1974. David Johnson coached at Osborne from 1963 until 1991, during which time his football teams won 213 games and two state championships.

[Photo captions read]
1. The Eclipse windmill stood above the town well at what is now the intersection of Second & Main Streets from 1872 until 1878. It served as a symbol of Osborne's community spirit and economic progress during its early years and is the inspiration for the city's current logo.

2. During construction of the current county courthouse in 1907-08 Early-day settler John Wineland would stop by daily and make "constructive" comments. He was told that if he did not stop the stonemasons would carve his face in the stone. He didn't, and they did.

3. The native stone WPA Scout Cabin on West Main Street was built in 1938. It serves not only as the home of Osborne's Boy and Girl Scouts but also is available for community gatherings and events. 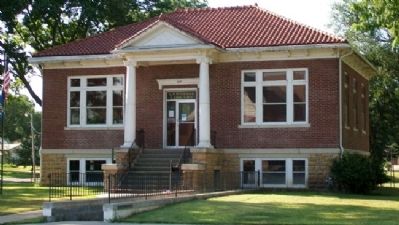 Photographed By William Fischer, Jr., August 28, 2011
6. Osborne Carnegie Library
after the Civil War during which settlers were drawn to a valley considered to be a "Garden of Eden." The agricultural story of fighting for survival and then feeding the world is what distinguishes this valley. Our 24 information kiosks tell the distinctive story of each Alliance community and the people who continue to make this valley a wonderful place to visit and consider home.

Topics and series. This historical marker is listed in these topic lists: Architecture • Charity & Public Work • Parks & Recreational Areas • Settlements & Settlers. In addition, it is included in the Works Progress Administration (WPA) projects series list. A significant historical month for this entry is April 1871.

Other nearby markers. At least 8 other markers are within 9 miles of this marker, measured as the crow flies. Geodetic Center of North America (a few steps from this marker); Hardman Veterans Memorial Park (approx. 0.3 miles away); Osborne County Pioneers Memorial 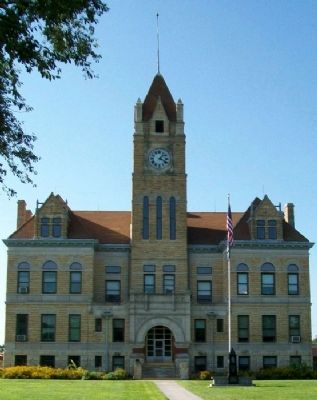