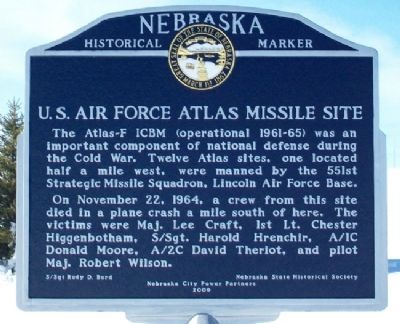 The Atlas-F ICBM (operational 1961-65) was an important component of national defense during the Cold War. Twelve Atlas sites, one located half a mile west, were manned by the 551st Strategic Missile Squadron, Lincoln Air Force Base.

Topics and series. This historical marker is listed in these topic lists: Air & Space • Disasters • Patriots & Patriotism • War, Cold. In addition, it is included in the Nebraska State Historical Society series list. A significant historical month for this entry is November 2008. 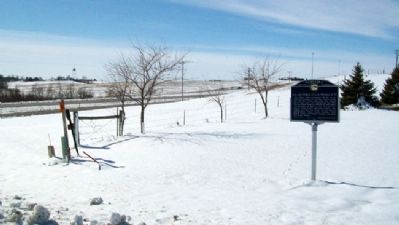 Click or scan to see
this page online
when traveling north. Touch for map. Marker is at or near this postal address: 225 North 56th Road, Nebraska City NE 68410, United States of America. Touch for directions.