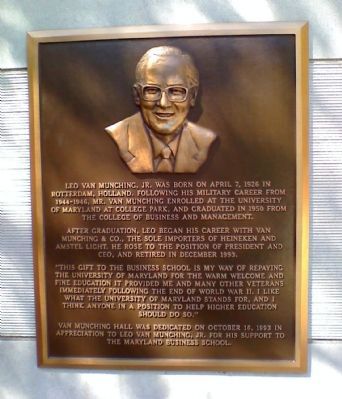 Leo Van Munching, Jr. was born on April 7, 1926 in Rotterdam, Holland. Following his military career from 1944-1946, Mr. Van Munching enrolled at the University of Maryland at College Park, and graduated in 1950 from the College of Business and Management.

After graduation, Leo began his career with Van Munching & Co., the sole importers of Heineken and Amstel Light. He rose to the position of President and CEO, and retired in December 1993.

Van Munching Hall was dedicated on October 16, 1993 in appreciation to Leo Van Munching, Jr. for his support to the Maryland Business School.

Erected 1993 by University of Maryland, College of Business and Management.

Topics. This historical marker is listed in these topic lists: Education 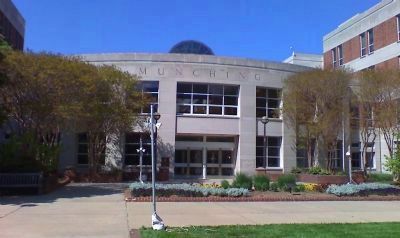 Photographed By Richard E. Miller, April 13, 2012
2. Van Munching Hall - the north wing viewed from the center court yard.
The marker is visible to the left of the main entrance.

Click or scan to see
this page online
• Industry & Commerce. A significant historical month for this entry is April 1932.

Location. 38° 58.998′ N, 76° 56.847′ W. Marker is in College Park, Maryland, in Prince George's County. Marker can be reached from Mowatt Lane, 0.2 miles south of College Drive. Marker is on the north end of the courtyard at the main entrance to the north wing of Van Munching Hall. Touch for map. Marker is in this post office area: College Park MD 20742, United States of America. Touch for directions. 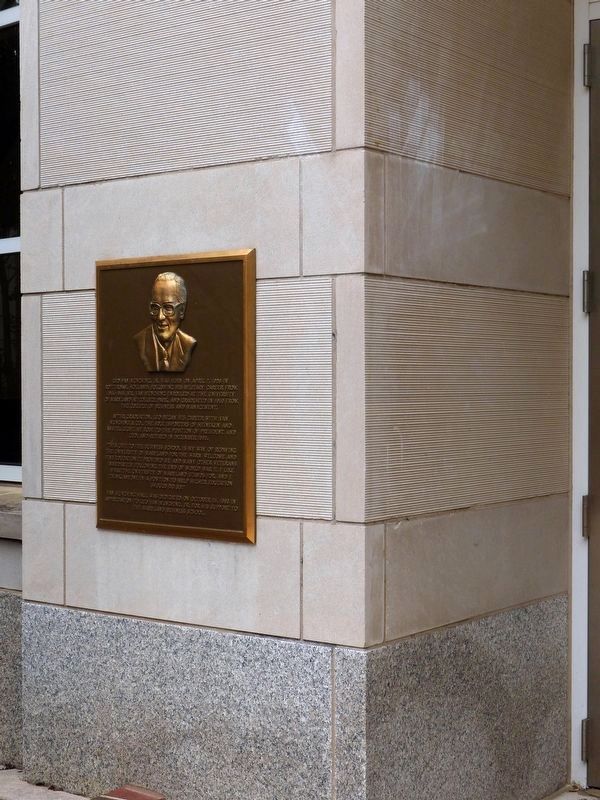 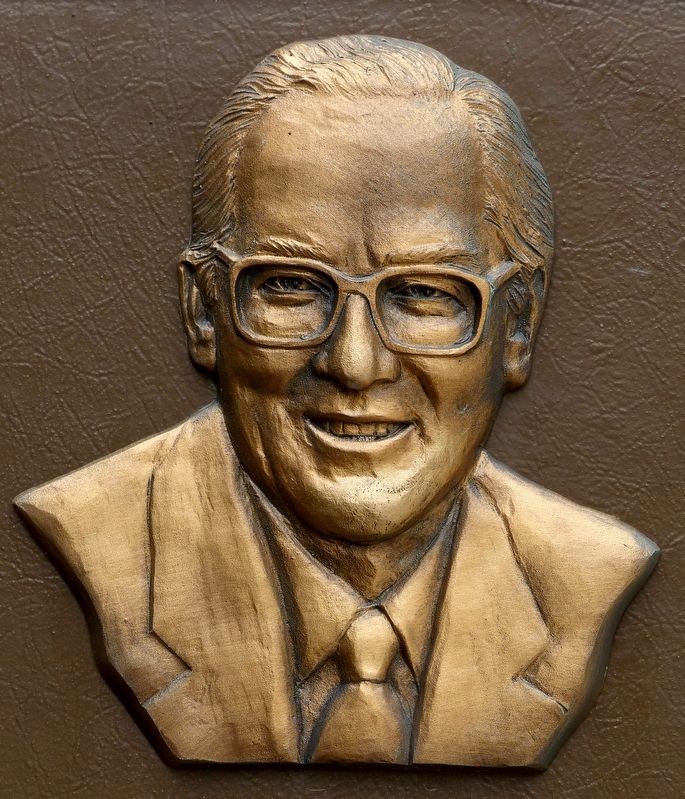 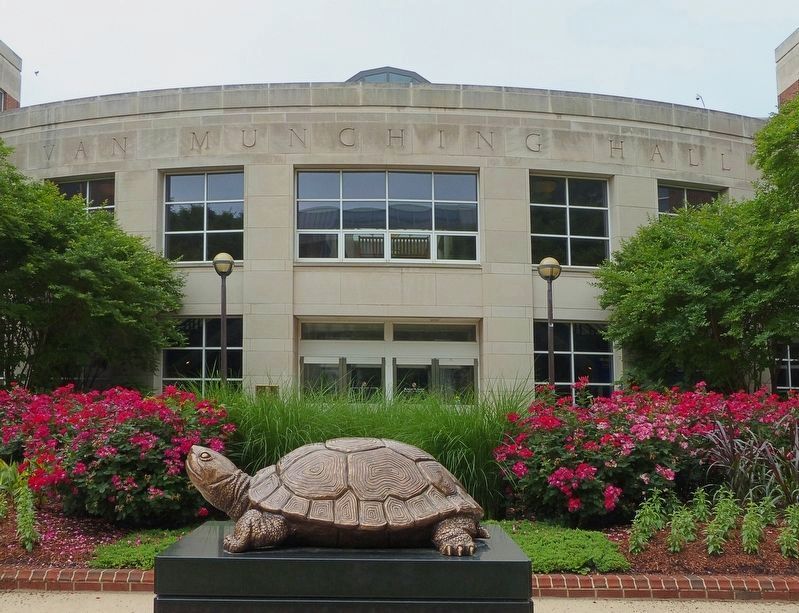