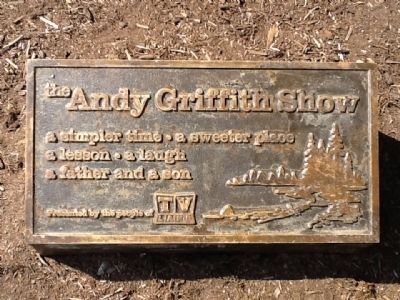 By Michael C. Wilcox, April 14, 2012
1. The Andy Griffith Show Marker
Inscription.
The Andy Griffith Show. A simpler time . a sweeter place . a lesson . a laugh . a father and a son. . This historical marker was erected by the people of TV Land. It is in Mt. Airy in Surry County North Carolina

The Andy Griffith Show. A simpler time • a sweeter place • a lesson • a laugh • a father and a son.

Erected by the people of TV Land.

Topics. This historical marker is listed in this topic list: Entertainment.

Location. 36° 29.87′ N, 80° 36.52′ W. Marker is in Mt. Airy, North Carolina, in Surry County. Marker is on Rockford Street, on the right when traveling south. Located in front of the Andy Griffith Museum. Touch for map. Marker is in this post office area: Mount Airy NC 27030, United States of America. Touch for directions.

Other nearby markers. At least 8 other markers are within 6 miles of this marker, measured as the crow flies. Stoneman’s Raid (within shouting distance of this marker); 90 MM Gun Tank M47 Patton (approx. 1.4 miles away); Siamese Twins (approx. 3.3 miles away); Patrick County / North Carolina (approx. 4.8 miles away in Virginia); Stuart's Birthplace 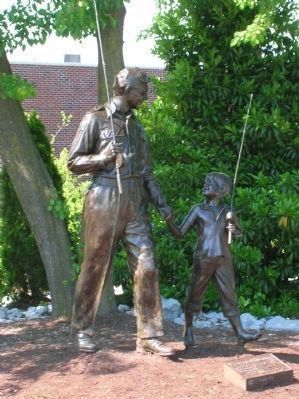 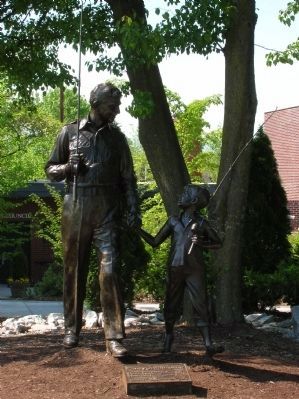 4. TV Land to Unveil ‘The Andy Griffith Show’ Statue. This pair of statues are a copy of the ones first erected by TV Land in Raleigh at Pullen Park. “The StudioEIS sculpture and design team is comprised of 10 members which includes portrait Sculptor, Stuart Williamson, a former Senior Sculptor at Madam Tussaud’s London. All are under the direction of Ivan Schwartz, Studio Director and Art Director for the project.” (Submitted on July 4, 2012, by J. J. Prats of Powell, Ohio.) 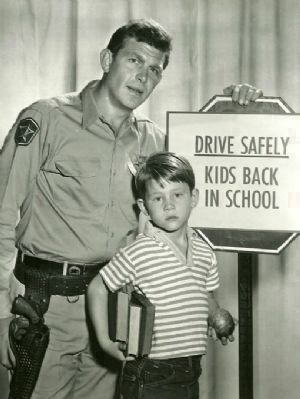 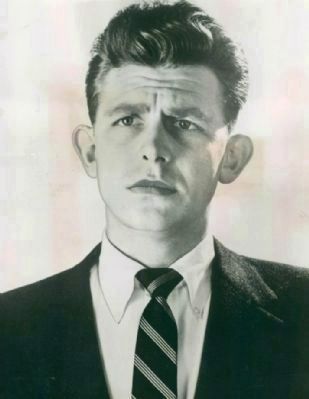